Of all the Holy Places in Ayodhya, Babri Masjid - Ram Janam Bhumi has been the subject of the greatest media attention and coverage. Ayodhya's association with Lord Ram is almost legendary. Revered and venerated as the best ruler that the land was blessed with, this epic hero's position is akin to that of a God. Ram Janam Bhumi is the spot which is believed to be his birth place and here also stood Babri Masjid, a fine mosque built by Babar.

The Babri Masjid was built by the Mughal Emperor Babar in 1528. Just adjacent to it is the shrine of Lord Rama. The mosque was razed to the ground in the year 1992 by a group of followers who believed that it was the sight of Rama's birth and a mosque had been constructed here only after bringing down a temple. Presently just the remains of the Babri Masjid remain and as for the shrine of Lord Ram it has again been opened for the public after having remained temporarily closed for a period of time.

The Babri Masjid no longer stands in its former magnificence. It has been demolished and only rubbles can be seen. The shrine however is still there at a distance of just about 50 m from it. One has to make way through narrow lanes to reach it. Here Ram is worshipped by his ardent followers. Time will answer best as to what is to happen in the future, this is the present status as of now. It is held as sacred by the Hindus as well as the Muslims. 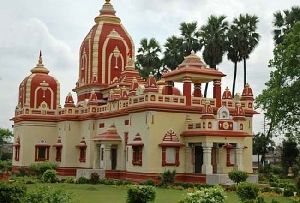 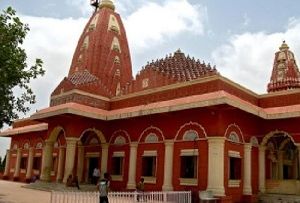