Said to be the stronghold of the Suryavansh dynasty the ancient city of Ayodhya lies on the banks of River Saryu in Uttar Pradesh. It earns much of its claim to fame for being the birthplace of Lord Rama. References of it can be found even in the Vedas and early texts of Buddhism. Five of the twenty four tirthankaras were born here. Therefore the city also bears special significance for Jains. Narrow lanes, sprawling temples and roadside shops selling knick knacks characterize the whole city. The place was repeatedly sacked during the reign of Mahmud of Ghazni and many a temples were destroyed. Sumantanath, Ayodhya is one of the most important Monuments in Ayodha.

Ayodhya is not only one of the most important Hindu Pilgrim place but also holds equal importance to the Jains. Jain temples mark the place where these tirthankaras were born. Kesari Singh the treasurer of the Nawab of Faizabad built these temples to commemorate the birthplace of these Jain tirthankaras. Sumantanath lies near Ramkot citadel.

These ancient Jain temples are some of the most frequented tourist destinations and bears the hallmark of Jainism. Inscription on these temples tells of the advent of Jainism and the many thirthankaras and their sayings. 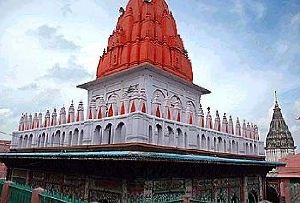