Jama Masjid, officially known as Taj-ul-Masajid, is a popular mosque in Bhopal. The largest mosque in India, it is not only a religious spot but a tourist attraction too. The construction of the mosque was commissioned by the third rulers of Bhopal-Nawab Shah Jahan Begum of Bhopal, wife of Baqi Mohammad Khan during the reign of Mughal Emperor Bahadur Shah Zafar. The construction continued by her daughter Sultan Jahan Begum but could not complete it in her lifetime due to lack of funds and the war of 1857.

The construction restarted in the year 1971 by Maulana Sayed Hashmat Ali Sahab and Allama Mohammad Imran Khan Nadwi Azhari of Bhopal. Jama Masjid got completed in 1985. The eastern entry gate was made again putting into use the ancient motifs from Syrian mosques, belonging to around 1250. This was a contribution by the Emir of Kuwait in the memory of his deceased wife.

Taj-ul-Masajid is a reddish pink-colored mosque with a stunning façade that is flanked by 2 18-storey minarets with white-marble domes. The mosque also has 3 enormous rounded domes, the main hallway including impressive pillars and marble flooring, looking like Mughal architecture of Delhi’s Jama Masjid and Lahore’s Badshahi Mosque. The courtyard is huge and has a tank in the middle. The gateway is two-storyed, is flanked by 4 archways and 9 multifold leading to the main prayer hall. This hall has the Quibla wall which is beautifully carved 11 arches and screens of trellis work. The colossal pillars that hold the ceilings are adorned with ornate petal designs.

The yearly 3-day congregation of Aalmi Tablighi Ijtima attracts devotees as well as tourists from all around the globe. The festival was celebrated here originally but due to shortage of space, the venue has been shifted to Islam Nagar, on the outskirts of the city. 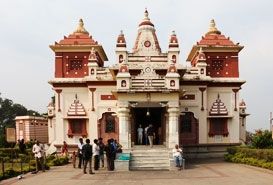 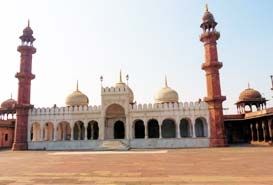 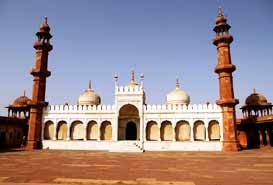 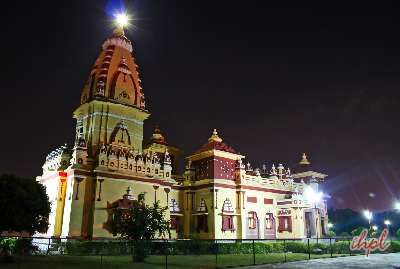