A city inhabited by Hadotis in the state of Rajasthan, Bundi, is of particular architectural note for its palaces, forts and stepwell reservoir, which are locally known as Baoris. The serene atmosphere and magnificent landscape all around Bundi, makes traveling in this part of Rajasthan a lot more opted by the tourists.

Talking about the major touirst attraction of Bundi city, the impressive Taragarh fort never fails to amuse. This edifice was constructed in the 14th century and it flaunts a large battlement inside its premises.

Lying in close proximity to the Fort is the temple of Lord Varuna. Amazing fact about it is that the temple is half submerged in the waters of the Nawal Sagar Lake. Some of the other major places in the vicinity of Bundi are Raniji ki Baori, Indragarh fort, Sukh Niwas Mahal, Badal Mahal, Bhoraji ka Khund and Nagar Sagar Kund. 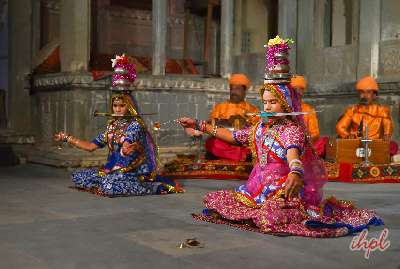