The moment you step amidst the red sand stone structures of the Fatehpur Sikri in Uttar Pradesh in India, you are bound to be entrapped by the magic in the air, the vague feeling of déjà vu which grips you as you are transported in to a land of the past, a land where the stories of chivalry and bravery turn real and almost tangible while you feel like reaching out and grasping element of an ear gone by. Welcome To Tours to Fatehpur Sikri, where you can rediscover the rich heritage of India, the endeavor of the charismatic Mughals. As you wander around the different Monuments in Fatehpur Sikri, stop by the Panch Mahal, Fatehpur Sikri, easily recognizable as the tallest building among all the monuments in Fatehpur Sikri.

Built as a form of homage to the memory of the memory of the great Sufi saint, Sheikh Salim Chisti, who, it is said, blessed the emperor with an heir to the Mughal throne in India, who was to be later known as Jahangir, the entirety of the fort of Fatehpur Sikri provides us even today with some of the most poignant examples of the brilliance of the architectural amalgamation of the Mughal styles with those from the various provinces of India. The Panch Mahal in Fatehpur Sikri is another example of this charming combination of patterns, a combination which makes it one of the most sought after locations for tourists on a trip to Fatehpur Sikri.

Influenced by the architectural pattern of a Buddhist Temple, the Panch Mahal in Fatehpur Sikri was used by Emperor Akbar as a kind of place where he could relax and take some time out of the affairs of his kingdom. The association of the Panch Mahal, Fatehpur Sikri with the pattern of construction of the Buddhist viharas is made even more charming by the fact that the monument is located in side the zenana or the quarters reserved only for the women of the fort. It is said that the Muslim begums or wives of Emperor Akbar arrived in the Panch Mahal, Fatehpur Sikri to catch a glimpse of the moon on full moon nights.

Charming in its concept, the Panch Mahal, Fatehpur Sikri is built in five successively receding stories, the structures of which are based on eighty four columns which are located on the ground floor of the building. As we travel up the various floors of the building, we are, however left with only four columns, which add to the over all feel of space and airiness which characterizes the entirety of this tall and picturesque palace. The top of the palace is adorned with a dome which together with the latticed windows or the jalis adds a dash of Mughal feel to the structure. 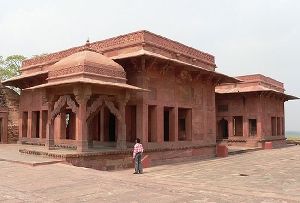 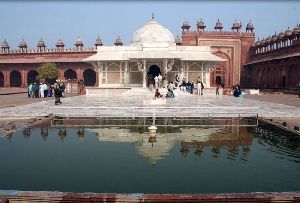 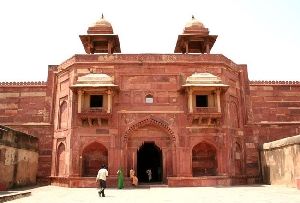 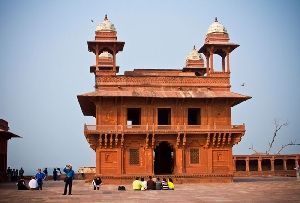 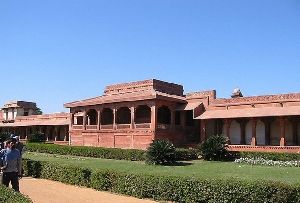 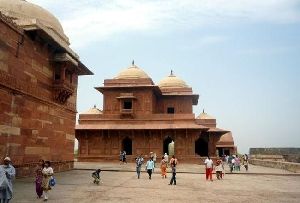 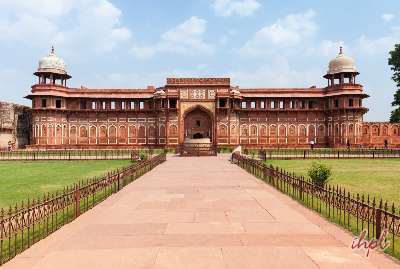