Rich in history, the role that the city of Gandhinagar has played in shaping the history of Gujarat has always been of immense importance. Located on the banks of the River Sabarmati, the city of Gandhinagar prides itself on being one of the three planned cities in India. The city, which has been named after the Father of the Nation, Mohandas Karamchand Gandhi, is a definite must include in your tour itinerary, if you are planning a Tour to Gujarat in India. Being the capital city of the province of Gujarat, a tour to Gandhinagar offers the tourists to the land a number of tourist attractions, which are inclusive of a number of Holy Places in Gandhinagar.

Gandhinagar is known for the liberal bent of mind of her citizens, which is reflected in the monuments of the city, which represent the various religions of the world. Thus, a trip to Gandhinagar would be considered to be incomplete without a visit to the various Holy places in Gandhinagar.

Many of Gandhinagar's holy places provide the tourists to the land with an in depth knowledge of the rich Culture of Gujarat, which can be witnessed, the moment you step into the province. The various holy places in Gandhinagar are well maintained and offer facilities which can help make your process of offering prayers easier and more fulfilling. Guides as well as local priests are also available, who can explain the various rituals and their significances, as well as elaborately describe the histories behind the foundation of the various holy places in Gandhinagar. 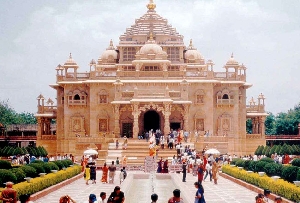 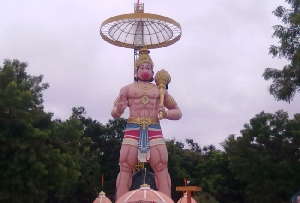 Things To Do in Gandhinagar