Himachal Pradesh is not just a treasure trove of natural bounties; this place is also home to some renowned religious places. It is a famous destination among pilgrims and devotees. Gurudwara in Himachal Pradesh is one of the most sought-after shrines in the state, where a large number of devotees visit every year. Temples, Churches, and Gurudwaras are all epitomes of man's faith in the Supreme Being. Sikhs believe Wahiguru to be formless yet powerful and benevolent. He is enshrined by a few syllables kept in Gurudwaras, their worship places. People worship and adore him by repeating his name, which is considered a way to get closer to the Almighty in Sikh Mythology.

Description of the Gurudwaras in Himachal Pradesh:

There are many Gurdwaras in Himachal Pradesh and these are the venues of religious worship amidst a natural elegance. To help him against the mighty Mughal forces, the ruler of Sirmaur invited the Sikhs in Himachal Pradesh in 1695. For the first time, the Sikhs were invited somewhere for help, and Guru Gobind Singh readily agreed. So he and his men went out to the Shivalik Ranges and settled here ultimately. During the reign of the Rajput king Maharaja Ranjit Singh, the western part of the hills was also included in the Sikh territory.

The principle Gurudwaras in Himachal Pradesh is the following:

These are some of the Gurudwaras in Himachal Pradesh that you can explore with us. In addition, we offer a wide range of meticulously crafted Himachal tour packages with which you can explore other popular town attractions. These packages provide prompt services, including swift transfers, comfortable stays, and guided sightseeing tours. Contact our travel experts for more information and book a customizable tour with us! 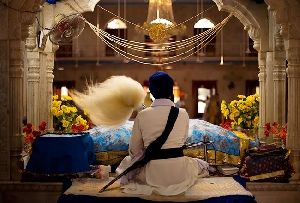