Jwala Devi Temple is also known as Jwala Ji Temple, located in the Kangra district of Himachal Pradesh. It is one of its kind and there is no idol placed inside but a flame. It is one of the 51 Shakti Peeth and Hindus who believe that a visit to the Jwala Devi temple in Kangra leads to the end of their struggle and the commencement of happy days. There are interesting stories that bound the faith of its pilgrims. Jwala Devi Temple has a series of domes covered with gold. The gold atop the white structure, with green hills on the backdrop, weaves a panorama worth sweeping your eyesight over. You can visit the temple with our Himachal tour packages, which are customizable. You can contact us for more information and book a tour with us!

As per the legends

The mythology boasts about the Jwala Devi temple's connection with Goddess Sati. She was the daughter of Prajapati Daksh and the wife of Lord Shiva. Once, Prajapati Daksh organized a huge gathering in a Yagya. Everyone was invited to attend the Yagya except Lord Shiva. This act of Prajapati Daksh offended Goddess Sati; she was so agitated that she decided to jump into the fire that was set in Hawan Kund. Seeing Sati on fire, Lord Shiva got stirred with emotions, grabbed his wife's body and furiously kept moving forth, causing massive destruction as he proceeded.

The situation was getting out of control and it panicked all the gods. Thus, to stop the destruction, Lord Vishnu flicked his Sudarshan Chakra, which made Sati's dead body cut into pieces. There were 51 pieces that fell on the earth's surface. And wherever the body parts landed, those places are hailed as Shaktipitha. Jwala Devi temple is believed to be the place where Sati's mouth fell.

The temple was commissioned by Raja Bhumi Chand Katoch, who saw this place in his dreams. He was a staunch follower of Goddess Durga and he strongly believed that there was a relation between the place and the goddess. After intense struggle, he finally found the spot and started off with the construction work. The news about the temple's sanctity spread like fire in the forest. The temple became so popular that a Mughal emperor, Akbar offered gold for the temple dome as a gift.

A large number of pilgrims flocked to the Temple of Jwala Ji to offer prayer with sincere sentiments. To express their devotion, people offer rabri, misri, chunri, milk, flowers, and fruits to the goddess. During the day, there are five arti and one hawan take place. Every year the vicinity is even more prettified with mela or fairs. There are two fairs held yearly; one in April and the other in October.

How to reach Jwala Devi Temple

So now that you are completely carried away and want to visit this shrine to enlighten yourself, we are listing below how you can reach Jwala Devi temple using different modes of transportation. The temple has been attracting numerous pilgrims since the time unknown, and this aspect has made the Jwala Devi Temple easily connectable.

There is an international airport in Gaggal, at a distance of 43 kilometers. Though there are connecting flights from Delhi and Chandigarh, they are not regular. If you are looking for regular flights, the other option is Jubbarhatti Airport in Shimla, at a distance of 192 kilometers. You can easily get taxis to reach Jwala Devi from both airports. 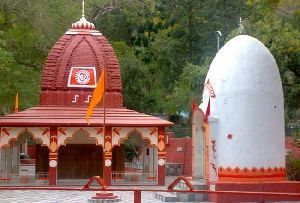 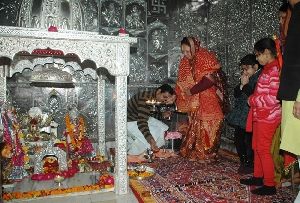 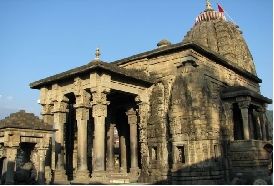 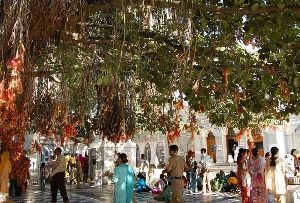 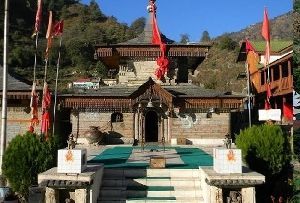 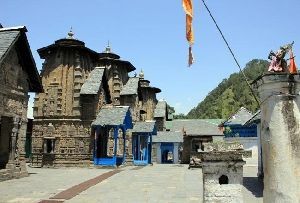 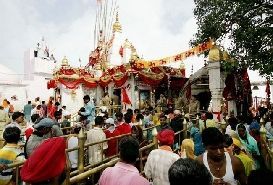 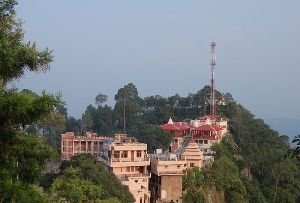 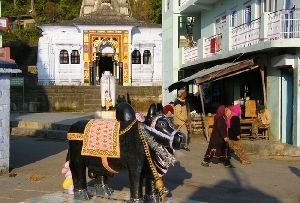