The Kardang Monastery from the Drukpa Lineage is a popular gompa in the Lahaul and Spiti Valley. This 900 year old monastery is located in the village of Kardang on the embankments of Bhaga River. Kardang was the erstwhile capital of Lahaul and Spiti. The Rangcha Peak provides a stunning backdrop here. Kardang is well connected to Keylong and Kaza town by road. The architectural style of Kardang Monastery is typical of the Lahaul and Spiti district. A large golden Buddha statue, library and ancient wall frescoes are of great interest to tourists.

Plan your travel to Kardang Monastery to discover the wealth of Buddhism in India. You can opt for Himachal Pradesh tour packages from Indian Holiday. The Kardang Monastery is among the most visited Buddhist sites in the state. Popular as a repository of important Buddhist relics, Tantric and Thangka paintings adorn its interiors. The library is well stocked with volumes of Buddhist scriptures and texts. You will find a large collection of Kangyur and Tangyur texts as well. There are also old weapons and scriptures from the 12th and 13th century.

Apart from these, the first room of the monastery has the chorten (small stupa) preserving the remains of Lama Norbu, the founder of the Kardang Monastery. In this room, you will also find the statue of Padmasambhava, Tara Devi and Tagden Shakyashree from the Tibetan lineage.

The next room is the main prayer hall containing the magnificent statue of Avalokitesvara. The third room contains the belongings of Lama Norbu.

There are around 30 monks and Buddhist nuns who live in this monastery today. They enjoy equal rights and have permission to marry. They also spend the summer with their families and return to the monastery for their training during the winter.

The Lahaul and Spiti Valley is home to many other monasteries worth visiting during your holiday in Himachal Pradesh.

Shashur Monastery - Situated around 3 km from Keylong town, this is a 17th century gompa. The annual festival in July is popular among pilgrims.

Tayul Gompa - The Tayul Gompa stands 3,900 meters above sea level. It is located 6 km away from Keylong and is believed to be one of the oldest monasteries in the region. This gompa is famous for its collection of Kangyur texts. 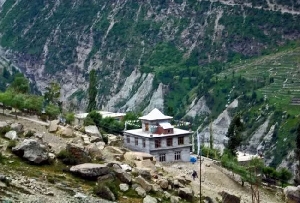 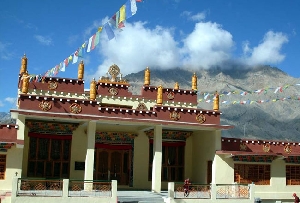 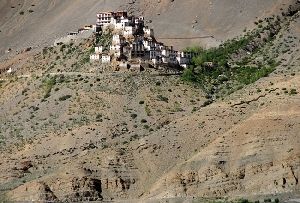 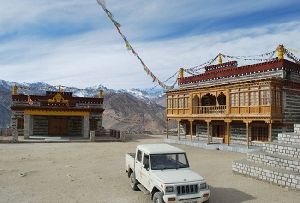 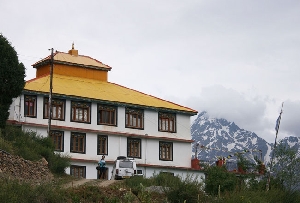 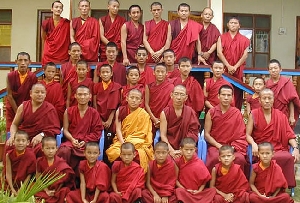