Arguably one of the most enigmatic cities in Gujarat, a Tour To Jamnagar is, perhaps one of the best ways of knowing more about the rich culture and heritage of Gujarat as well as about the rest of India. Rich in a heritage which dates back to ages in history, a trip to Jamnagar reveals the rich past of the province of Gujarat. It is said that the city of Jamnagar grew up along the banks of her picturesque water bodies. These, are included the list of the various Lakes and Rivers Of Jamnagar, which are led by the exotic beauty of the Ranmal Lake, Jamnagar.

History of the Ranmal Lake, Jamnagar

The city of Jamnagar was built by Jam Rawal in the year 1540. It is after Jam Rawal, that the city of Jamnagar was renamed to its present name. The previous name for the city was Nawagarh, a name which can be literally translated to mean New City. The Ranmal Lake has much to contribute to the origins of Jamnagar, being as it has always been at the helm of affairs in Jamnagar. The city is famous for its peal fisheries, which are often done on the Ranmal Lake in Jamnagar.

Description of the Ranmal Lake, Jamnagar 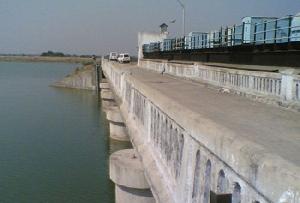