Jashpur situated on the Northern part of Chhattisgarh is one of the major districts of the state. This mineral rich place has an interesting topography which abounds in hilly terrain, grasslands, waterfalls, natural caves; rock cut wall formation, sprawling rivers and dense forest. The many wildlife reserves of the place tell of the variety of animal species in this state. Most of Jashpur is inhabited by the tribals who have their own culture, folklore and tradition. The Rivers, Caves and Waterfalls in Jashpur are ideal for trekking and hiking. Some of these places are good picnic spots. Moreover three or more waterfalls are situated in close proximity to each other so you can complete your tour to these places at one go. Danpuri Waterfall, Jashpur is one of the most frequented places in Jashpur.

Danpuri Waterfall is a sight to behold. Situated in the dense of the forest, it is one of the most frequented picnic spots in Jashpur. The whole surrounding are near the waterfall tells of rich eco tourism in Jashpur. Interestingly the forest department of Chhattisgarh arranges tours to these beautiful places on request. There are tribal villages surrounding the Danpuri Waterfall which adds a different sort of charm to the area. Located near Bagicha, this waterfall is a photographer's haven.

Jashpur is well connected to the major and minor cities of Chhattisgarh by a good network of roads and highways. The national highway 78 passes through Jashpur. The nearest airport is in Raipur. Raipur being the state capital, is well connected to Delhi, Mumbai, Bhubaneshwar, Bhopal, Jabalpur, and Kolkata. A Tour to Jashpur is a must in your travel itinerary to Chhattisgarh. 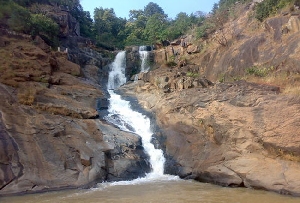 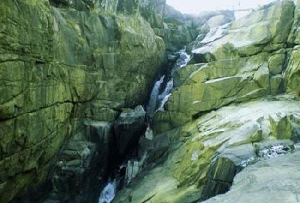 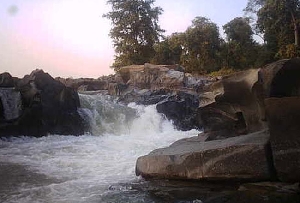