Located at the foot hills of the Girnar Hills, the Bhavnath Mahadev Temple is one of the foremost Holy Places in Junagadh. Nothing much is known about its precise origin but there is no scope of doubt about its historicity. It has stood their since ancient times. Visited by religious minded devotees all along the year, it is however best known for being the venue of the famous Bhavnath Fair.

Held in the month of Magha as per the Hindu calendar (roughly coincides with January/February) this fair is the meeting point of a large number of people and is celebrated with a great deal of mirth and good cheer. It continues for five days. Events include performances put up by folk singers and dancers. One of the most striking features of this fair hosted at the Bhavnath Mahadev Temple is the active participation of the Naga Bavas.

The worship starts at mid night on the 14th day of the dark half in the Magha month and as soon as the puja commences these sages are seen advancing towards the Bhavnath Mahadev Temple seated on elephants holding flags in their hands. The air reverberates with the sounds of the conch shells, the tungis and the turis. A strong belief is prevalent that on this day Lord Shiva himself visits the Bhavnath Mahadev Temple. The organizers serve free meals to the visitors on this auspicious occasion.

Many stalls are also set up. Copper and brass utensils, idols, rosaries and holy beads are some of the items that are sold in the various stalls apart from sweets and fruits. The ambience is full of joyousness. If you can plan a visit to the Bhavnath Mahadev Temple when the fair is being held, then there can be nothing like it but if you are on a Tour to Junagadh at other times of the year even then ensure that you do pay a visit to this temple. 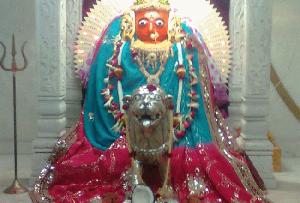 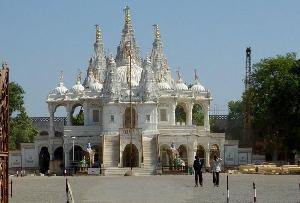 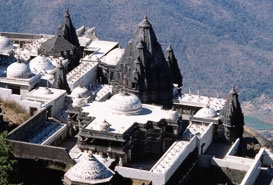