Museums in Junagadh happen to be one of the most visited Tourist attractions in Junagadh as they emit the essence of history and ages past in each and every detail that they have preserved from the days foregone. The lifestyle of the Nawabs and even the image of the social life of the people can be glimpsed into through the various assets that have found a place in the museums.

Owing to the number of museums, the city of Junagadh can almost be called a hub for museums. The Durbar Hall Museum stands out for its sheer collections and varieties of objects on display. Originally a city palace, used as the court in the times of the Nawabs, this piece of history was turned into an art museum. The building has retained some of the very precious possessions of the Nawabs of the past. Jewelry, furniture, home accessories like mirrors, oil canvases, paintings, photo albums, carpets, beautiful large chandeliers, howdahs, palanquins - all in their regal versions find occupancy in the museums.The presence of the items mentioned inside one building itself helps one delve in to the glories and affluence of the then rulers. The items had been laid out chronologically.

The other preservation house is the Junagadh Zoo Museum, which is located inside the zoo that houses beautiful birds including flamingos and also lions, tigers and other animals.. In here, is the museum which has kept the manuscripts, coins, currency, statues, and several archaeological items which the economic and social status of these kings of yore.

The Tourist attractions in Junagadh surely includes a number of forts and monuments but the museums in Junagadh that it boasts of are really worth visiting and soaking oneself into the imperial past of the India history of rich heritage and culture. 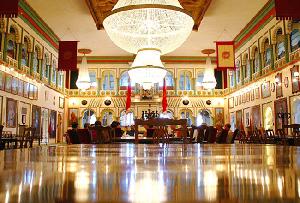 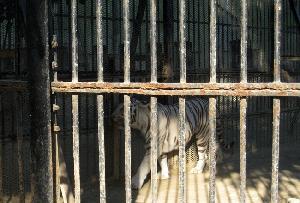