Kanpur is one of the biggest cities in Uttar Pradesh if not of India. The city holds a significant position in the political, social, religious, and cultural history of India. This charm is further heightened by the presence of river Ganga, which flows through the Kanpur. In short, Kanpur has a lot to offer its tourists, once they get there.

The most interesting feature of Monuments of Kanpur is the fact that each and every monument has a story to tell its visitors. Kanpur Monuments also bear evidences to justify the stories behind their foundations.

Among the common Monuments in Kanpur, a special mention needs to be made of the Jajmau and the Massacre Ghat.

Situated alongside the Ganges, the mound called Jajmau reveals the times of a Pauranic king, who ruled this Kingdom of Yayati. The evidences were in the form of pottery, busts, and utensils. The excavations at Jajmau also reveal serious influences of the Vedic Period. The place also has a mausoleum of the renowned Sufi Saint, Makhdoom Shah Ala-ul-Haq, which was built by Feroz Shah Tughlaq, in 1358 A.D. and a mosque built by Kulich Khan in 1679 A.D.

On the other hand, the Massacre Ghat narrates the tragic incident of the mass killing of British men, women, and children in India. The incident was an armed rebellion led by Nana Sahib of Peshwa that occurred during the Sepoy Mutiny of 1857. A white temple has been later built in site to pay tribute to the victims.

Most of the Monuments in Kanpur are located in proximity to the city. Hence, visiting them is not a hectic affair at all. Availability of sufficient modes of transport from any part of the city would also complement the pleasure of sightseeing in Kanpur. 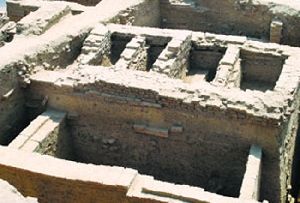 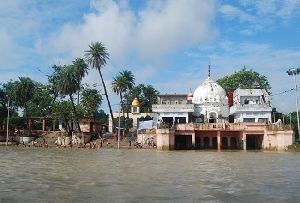