Besides its importance as a Hindu pilgrim center, Kanyakumari - the southernmost point of peninsular India - is also famous for the beautiful views of sunrise and sunset over the ocean waters that it offers. A tourist destination of immense importance, Kanyakumari must be visited on any tour to Tamil Nadu.

Kanyakumari represents the site where Swami Vivekananda - the great Indian spiritual leader, meditated upon a rock off the coast. Most prominent among the several tourist attractions in Kanyakumari is the spectacular beach which is beautifully hued with multi-colored sand. The land has been always revered as a great center for art and religion.

Find listed below some of the major tourist attractions in Kanyakumari.

The Kumari Amman or the Kanyakumari Temple, located on the shore, is dedicated to Devi Kanya - a manifestation of Goddess Parvati. The temple attracts numerous devotees from all over the world.

Built on the spot where the urn containing Mahatma Gandhi's ashes was kept before immersion, Gandhi Memorial has been so designed that on Gandhiji's birthday (2nd October), the rays of the sun directly fall on the exact spot where his ashes were placed.

Located near the railway station, this 1000 year old temple is believed to have been built by Raja Raja Chola of the Chola dynasty.

Dedicated to Swami Vivekananda, this memorial was built in 1970 on the rock where the Swami had meditated before his departure for the World Religious Conference in 1893. A meditation hall is also attached to the memorial.

Sripada Parai Located close to the Vivekananda memorial, this site marks the place where the footprints of goddess Kanyakumari are believed to have been imprinted.

The numerous tourist attractions in Kanyakumari also include the Government Museum which exhibits an invaluable collection of old coins, whalebones, tribal objects, bronze sculptures, and woodcarvings. 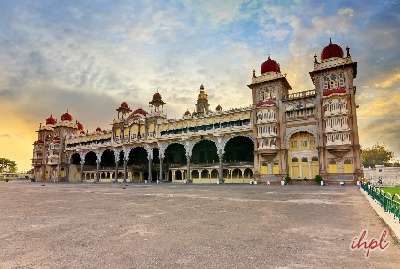