The extensive coastline of India is garlanded by a large number of exotic beaches that have attracted tourists from all over the world. Likewise, the State of Karnataka, with a coastline measuring 320 kilometers is dotted with several beaches, which summon the lovers of nature. One of such exotic Beaches in Karnataka is the Mangalore Beach Karnataka.

The city of Mangalore though is an important commercial center; it also possesses other attributes to attract the attention of its visitors and the Beaches in Mangalore and more importantly Mangalore Beach is certainly one of them. You can enjoy the sunset at the horizon by lying down on the spotlessly white sands. The tranquility of the atmosphere all around you will provide you the ultimate relaxation that you might expect from this holiday destination.

The coastal feel in the Mangalore Beach in Karnataka is another charming factor that lures tourists especially foreigners to this place. The local inhabitants, with their primitive means and methods of livelihood would add color and impart variety to your experiences.

The food available in these Karnataka Beaches is typical of coastal regions and consists of sea creatures. Moreover the preparations of such food are unique and delicious which would certainly induce you to change your food habits.

Thus, a visit to the Mangalore Beach Karnataka would certainly refresh you from the humdrum affairs of city life.

The city of Mangalore has got its name from the local goddess named Mangladevi who is believed to bring good fortune. Separated from Bangalore by a distance of about 357 kilometers, Mangalore can be easily accessed from the former by road, rail or air. 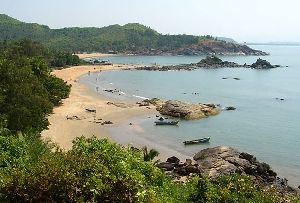 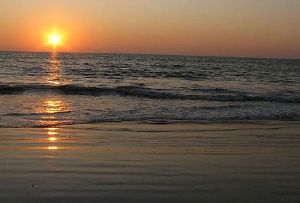 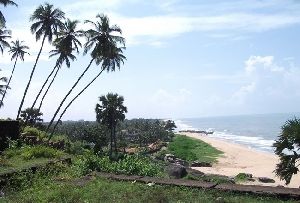