Planning a holiday destination can be one of the most exciting parts of travel plans. Imagine the pages of history come alive where you are gazing at the magnificent historical monuments and palaces where the rulers of yester years treaded. While planning your trip to Karnataka aim for the Heritage Destinations of Karnataka.

Karnataka is a land of cultural mixes. History has seen the rise and fall of great dynasties of Hoysalas, Chalukyas and the mighty Vijayanagara rulers in Karnataka. Later the Mughals in the 17th century and the British in the 18th century bestowed to Karnataka another dimension in the cultural and architectural arena. Mysore, Aihole, Bijapur, Badami, Hampi, Mangalore and Pattadakal are some of the Historical Destinations in Karnataka.

Hampi, the ancient capital city of the powerful Vijayanagar Empire was founded by Harihara and Bukka in 1336 but was annexed by the Muslims in 1565 in the Battle of Talikota. This ancient city of Hampi soon was abandoned and left to ruin.

Once you take the road to Bangalore towards Hampi in the pleasant months between October to March you will revel in the beauty the Hampi ruins has to offer. A world heritage site you can feel the pulse of the ancient dynasty that ruled the people of Vijaynagar. It is the world's largest open-air museum. The ruins are located in two areas, generally referred to as the Royal Centre.

Badami is another historical destination in Karnataka for the tourists who are keen to study this ancient capital of the early Chalukya kingdom. Known for its rich history and ancient architecture, Badami has a number of richly carved monuments and caves dating back to the 6th and 7th centuries. It has four cave temples. When you walk past Shiva's doorkeepers of the first cave you will be greeted by the eighteen-armed Nataraja in 81 dance poses.

Hassan is a peaceful town in Karnataka. About 194 kilometers from Bangalore, Hassan serves as a base for tourists eager to visit Halebid, Shravanbelagola and Belur.

38 kilometers from Hassan on the banks of River Yagachi is Belur. It was the capital of Hoysala Empire and has some beautiful temples that draw tourists to it every year. The Shennakeshava temple that took 103 years to complete is an excellent example of Hoysala architecture. Halebid is another important tourist spot, about 27 kms from Belur. The Hoysaleswara Temple with the magnificent Nandi at its entrance is an edifice with a wealth of sculptural details. Shravanbelagola about 51 kms south-east of Hassan, is one of the most important Jain pilgrim centers. 27 m. high monolith of Lord Bahubali, world's tallest monolithic statue is situated here. 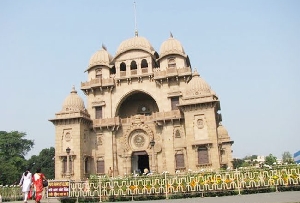 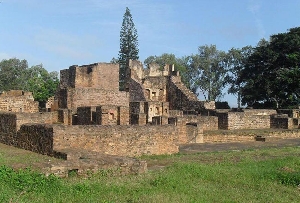 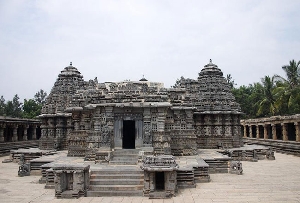