The eighth-largest state of India area-wise hides a lot of secrets concealed in itself. From high-altitude Mountains to majestic monuments, Karnataka has it all for travelers and visitors. Often seen as a prime traveler’s destination, Karnataka never stops mesmerizing all those who visit here.

Due to the presence of the mesmerizing Western Ghats and verdant landscapes; a lot can’t resist their temptation to visit here. Moreover, this is the reason why Karnataka acts as a magnet for adventure junkies and avid explorers.

Due to the presence of the Ghats and its location near the peninsular region, the temperature remains comfortable throughout the year. From enthralling hilly hamlets to majestic waterfall cascades; everything about this state light up the stars in traveler’s eyes. So, if you too are a hill hopper, and love exploring high-altitudes then here is the list of the best hill stations in Karnataka.

Undoubtedly, one of the best hill stations of Karnataka is located approximately at an altitude of 1170 m above sea level. Coorg is an ideal hill station for adventurers as well as nature lovers. It has been serving as a top-notch tourist destination in South India. To know more click here! Read More.

Talking about the best hill stations in Karnataka and not including the popular Nandi Hills would not do justice to the list. Curvy and challenging roads, serene spots, and tons of adventurous sports on offer; this is how Nandi Hills is best described. Read More.

Agumbe is one of the finest hill stations of Karnataka that is located in Shimoga region of Karnataka. For those who wish to break their mundane daily schedule and go to a peaceful place; Agumbe is the destination for you. It is a serene place away from the chaos of the city and closer to nature.

Kodachadri is declared as the natural heritage of the state by Karnataka Government. It has been a top-notch hill station to visit in Karnataka right from the beginning. One of the best things about this wonderful hill station of Karnataka is that it is comparatively offbeat. The entire state has a lot of hill stations throughout and this one is still a bit less commercialized than the others. This allows the visitors to enjoy the pristine beauty of the place. Read More.

Located in the Chikmagalur district, Kemmangundi is another pristine and lush-green hill station offering a plethora of mesmerizing sights to visitors. A fine hill station or a getaway destination; Kemmangundi has a lot of amazing spots to relax and rejuvenate yourself. Read More.

Biligiriranga Hills popularly known as BR Hills is a famous weekend getaway destination for the people in South India. People from Bangalore, Pune, and other nearby destinations visit here for having some peaceful time away from the city.

After a tiring week, do you wish to work on some different skills like photography? Gangamoola can be your next stop if you wish to do that. One of the finest hill stations in Karnataka; Gangamoola is a hidden gem and a picturesque destination of the state.

With an astonishing altitude of 3000 ft. and a 360-degrees mesmerizing view, Kundadri Hills is a top-notch hill station in Karnataka. People unwind their worries and let go of all their stress while visiting the Kundadri Hills. Read More.

One of the finest offbeat hill stations of South India located in the state of Karnataka is Sakleshpur. It is a top-notch destination that is picking up a lot of traction from the past few years. If talking about one of the best getaway destinations in Karnataka, this name is sure to be included without a miss. 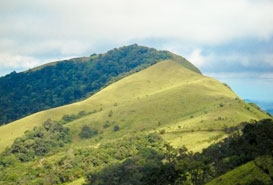 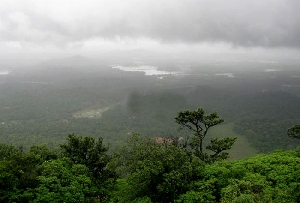 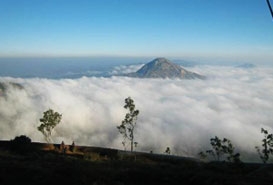