The state of Karnataka was formerly known as Mysore, after the princely state of the same name. The name Mysore is said to have been derived from a famous demon called Mahishasure, a great warrior and a tyrant who was killed by the goddess Chamundeshwari. Mysore has been the seat of power and the capital of the Wodeyar Dynasty. The Jaganmohan Palace and Art Gallery Karnataka is one of the important monuments in Karnataka and also Mysore.

Today the gods and demons have indeed suffered the mass unwillingness to suspend disbelief, and the kings and the royalty headed for the parliament as a more tangible source of power- Mysore stands as a bright beacon in the tourism industry on Karnataka and the sandal trade.

The Jaganmohan Palace And Art Gallery In Karnataka India was later turned into an art gallery and is now open to public. The gallery contains some real gems of Indian art and some rare paintings by renowned painters. 'The Glow of Hope' by Haldenkar is one of the most important displays at the gallery. Several paintings by Raja Ravi Verma, portraits in oil and water of Viceroys and generals and officers of the East India Company, are also to be seen. The Jaganmohan Palace And Art Gallery In Mysore also contains numerous paintings depicting the life of Tipu Sultan- the son of Hyder Ali, famous for rising against the British.

A few reproductions of western artists and some modern instances of modern Indian paintings are also to be seen. 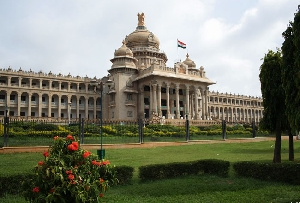 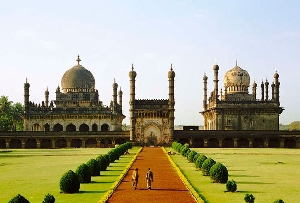