Located in the southern side of River Sakri Kawardha is a picturesque little town that belongs to the State of Chhattisgarh which formerly, was a part of Madhya Pradesh. The place lies in the region around the Maikal Ranges and also is a part of the Bastar Region. All these elements promise to make the Excursions from Kawardha a fascinating one.

The visit to the Kanha National Park would be a perfect excursion for adventure lovers. This National Park is the largest (in terms of extent) wildlife reserve in India. The vast expanse of the grasslands makes a perfect home for a variety of flora and fauna. Among the numerous species (some of which are endangered) that can be seen in this part of the world, the ones that are worth mentioning are the Royal Bengal Tiger, the Sambar, Barasinga, the Gaur, spotted deer, and the wild dog.

The regions around the Bastar act as important Getaways from Kawardha. This area is heavily infested by tribal communities. These backward communities especially the Gond and the Baiga tribes heighten the charm of the place.

These places constitute the prime Getaways from Kawardha. Thus, like other Cities in Chhattisgarh, the Tour from Kawardha promise to provide an enthralling experience for the tourists by offering the above mentioned Sightseeing Packages from Kawardha.

Some of Excursions from Kawardha, India, are the visits to the Shiva Bhoramdeo Temples and the Saroda Reservoir 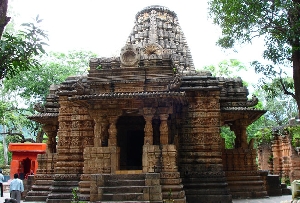 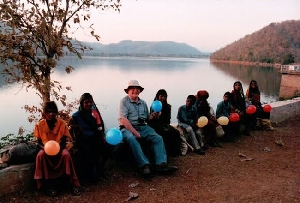