Kerala, popularly known and believed as God's Own Country, is an ideal destination for business traveler as well as holidaymaker. The state is blessed with myriad features like dense tropical forests, beautiful beaches, cliffs, rocky coasts, an intricate maze of backwaters, still bays and astounding 44 radiant rivers. Spending days in Kerala is rejuvenating to say the least, especially at the backwater destinations, connected through meandering inland lakes. You can have such an unforgettable experience at the Kollam Backwaters in Kerala.

Situated 71 Km north of Thiruvananathapuram, Kollam is an important center of the cashew nut processing and trading industry. Formerly known as Quilon , Kollam is an ancient port located on the edge of the Ashthamudi Lake . The lake , covering 30% of the Kollam town, is the gateway to the magnificent backwaters of Kerala. The eight hour trip between Kollam and Alappuzha is the longest backwater cruise in the state and is a delightful ride, as one passes through lakes with lotuses and water lilies growing in the water, water birds calling from the banks of the canals, water-bound villages, and the famous Chinese fishing nets.

In ancient times, traders visited Kollam from lands as far away as Phoenicia, Arabia, Greece, Rome and China. In more recent times, the Portuguese established a trading post at Kollam, after which the Dutch and British set up their factories to export spices, sandalwood, ivory and coir.

There are also some important historical buildings and temples at Kollam like Mata Amrithanandamayi Ashram (an international pilgrimage destination known for its educational and medical institutes), the historic 18th century Thangasseri Fort constructed by the Portuguese, etc. 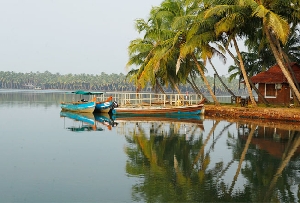 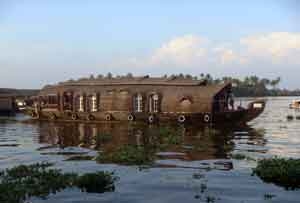 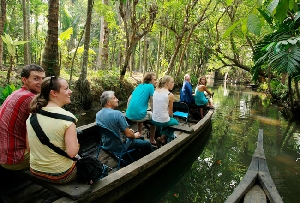 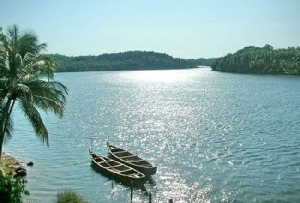 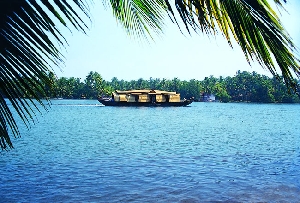 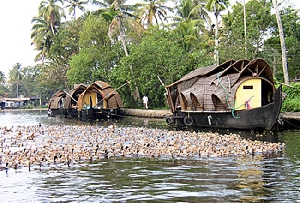