Sukh Mahal lying close to Bundi in Rajasthan is an essential part of visit while you are on a trip in and around Kota. Sukh Mahal is a well constructed palace in Bundi near Kota which is also recollected by the tourists as one of the most airy and beautiful palace in the whole of Rajasthan. This outstanding royal house is a fine example of the Rajput architecture, housing some of the superb Bundi wall paintings. Sukh Mahal Rajasthan is a magnificent summer Palace on the Sukh Sagar Lake amidst the verdant surroundings of beautiful garden. Rudyard Kipling once came and stayed in this beautiful airy palace.

Bundi is a small and beautiful town in Rajasthan. This tiny locale has a rustic setting. Bundi is exactly located at the foothills of the Aravalli Mountains. Bundi Rajasthan is situated in the South East region of Rajasthan. It lies at a distance of 206 km from Jaipur and 36 km away from Kota. Bundi is very famous in all over India and abroad for its usage of "baolis". These are waterworks on step wells, havelis (mansions), temples and chhatris with carved pillars. The frescoes are used to adorn the palaces and the forts. The monuments depict different tales about the glorious past of the city.

The famous Meena tribe of Rajasthan once upon a time inhabited this area of Bundi and it is from them that the region had received its name. Bundi derived its name from the tribe chieftain's name - Bunda Meena. In the 12th century Bundi was started being ruled by the Chauhans and reached its highest glory in the medieval times. The glory of Bundi fell with the Mughal rule and later became an independent state. 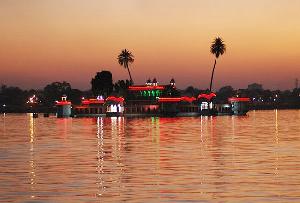 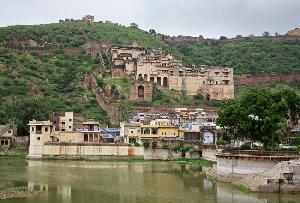 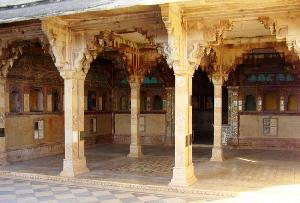