Kushinagar in Uttar Pradesh in India is one of the destinations which are considered to be quite holy for the Buddhists. It is believed that Lord Buddha uttered his last words in Kushinagar. A city of Stupas and Temples, it is one of the major tourist attractions that attract travelers from all over. One of the important temples in Kushinagar is the Japanese Temple, Kushinagar. Indianholiday.com offers online information on Japanese Temple, Kushinagar and other tourist attractions of Uttar Pradesh and other parts of India.

A part of the Malla kingdom in the yesteryears, the present day Kushinagar was excavated from the ruins by noted archaeologists. The city of important temples and Stupas, it is believed that Lord Buddha attained his salvation or Mahaparnirvana in Kushinagar. Tourists come to visit the age old relics which were once a part of a flourishing town and also belonged to the Malla kingdom.

Brought from Japan, the Ashta Dhatu or Eight Metals statue of Lord Buddha in Japanese Temple, Kushinagar was in a dismantled form. Then it was finally given a shape over here. The Atago Isshin World Buddhist Cultural Association has built this temple which was generously funded by the Japanese monarchy. The temple has a singular circular chamber which houses a golden image of Lord Buddha. The image is softly lit through a small stained glass window that makes it a beautiful sight for the tourists.

There are some interesting Tourist attractions of Kushinagar. One of the major destinations is the Ramabhar Stupa in Kushinagar. The interesting tourist places also include a number of temples and Stupas. Besides this you can plan a visit to the Meditation Park and Japanese Garden. The Nirvana Temple, Mahaparnirvana Stupa, Mathakuar Shrine as well as the Kushinagar Museum are a few of the important tourist places.

The Watt Thai Temple is one of the interesting Thai temples in Kushinagar. Along with the Japanese Temple, Kushinagar there is a Chinese temple with Oriental design and décor will also attract the tourists. The temples have a Buddhist décor. 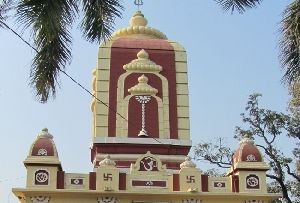 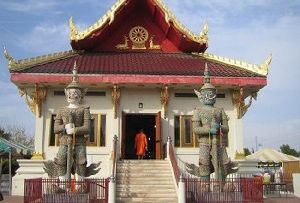