Lord Buddha attained his salvation or the Mahaparnirvana in Kushinagar. The huge Stupas which were built ages back were dedicated to Lord Buddha. The tourist attractions of Kushinagar reveal a lot more about the art, culture and historical facts during Lord Buddha's period.

The Watt Thai Temple is one of the most visited temples in Kushinagar. The word Watt is the Thai name for a temple. The Japanese temple is also one of the beautiful temples in Uttar Pradesh and the Chinese temple with Oriental design and décor will also attract the tourists. 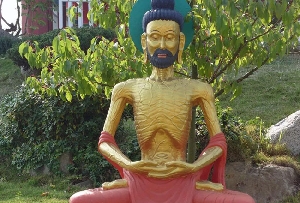