Buddhism, notably the Trans-Himalayan Buddhism, is the true essence of Ladakh. The central region of Ladakh has the most significant concentration of important monasteries or Gompas. Monasteries of Hemis, Chemrey, and Phiyang date back to the Namgyal dynasty period and form a prominent attraction during the monastic festivals. Besides, you will also find the reformist group monasteries positioned in the central Ladakh region, i.e., in Spituk, Rhidzong, and Thikse.

You will also find Buddhist study centers in the Choglamsar and Leh areas. Spread over an approximate area of 5000 square kilometers, the deep gorges and mountains surrounding Zanskar are worth a visit. Unfortunately, this region remains inaccessible for eight months because of heavy snowfall.

With the rocky ravine set as the backdrop, Rhidzong monastery is located five kilometers from the highway between Saspol and Khalsi. The images of protector deities flank the prayer hall of this monastery. Inside the prayer hall, you will also find smoky and exquisite murals of Shakyamuni. You may find it challenging to climb up to the monastery, but once you reach the top, you will be mesmerized by the scenic views and warm hospitality offered. More specifically, the Lamas in Rhidzong are extremely friendly and welcome visitors with a warm heart. If fortunate, you may also be invited to be a part of their informal prayer meetings.

Places In and Around Rhidzong

Padum: Formerly the capital of Zanskar, Padum is situated at 3505 meters. This point of interest has turned out to be the administrative hub of the area. It enjoys an approximate population of 1500 people. Muslims constitute almost half of the population of Padum. Padum has become a significant trekking base and a well-known tourist destination. You can visit various points of interest in the vicinity during your entertaining treks. The closest monument you will come across is the ancient rock carving near the riverbank, immediately below the old township.

This rock carving dates back to the 8th century and offers epigraphic evidence that this area was formerly under the influence of North Indian Buddhism. Next, you can also plan a visit to the Starrimo Monastery, a central hub for as many as thirty monks. Last but not least, make sure to stop by the ancient village of Pibiting. This village is noted for its hilltop monastery, an authentic expression of stupa architecture.

Stongdey: The Stongdey Monastery is located at a distance of 18 kilometers to the north of Padum. This ancient foundation is believed to be associated with Marpa, the Tibetan Yogi. Today, Stongdey stands as the second biggest monastery in Zanskar. Approximately sixty Gelukpa monks inhabit this monastery. The complex is also home to various temples.

From the bus stop, it will take about four hours to reach Stongdey. Climbing up the monastery is indeed a challenging venture, but then the breathtaking views of the valley available from the top will compensate for all.

Sani: Located six kilometers west of Padum, the primary attraction of this village is the castle-like monastery which makes a mark for its uniqueness. Unlike the other monasteries in this area, you will find this monastery constructed on the level ground. According to legendary evidence, the initial foundation of this monastery is related to Kanishka. You will also find a Kanika Stupa standing in the complex's backyard. The primary building of this monastery consists of a big multi-colored prayer hall.

This prayer hall houses several statues of well-known Drugpa high saints and Buddhist divinities. Besides, Sani is also related to Naropa, the famous Indian Yogi from Vikramsila. It is believed that this yogi had sat for meditation for some time in this monastery, under the Kanika Stupa. Today, this site has been converted into a small room that houses a veiled bronze statue of the yogi. This statute is unveiled only once a year, i.e., towards the later half of July.

In fact, this is the same time when a two-day-long festival is arranged here. People from across the nation come here to participate in this festival. The monks of the Bardan monastery also arrange for masked dances, a popular ritual performed during this festive hour.

Rangdum: The most secluded and farthest region of the Suru Valley, Rangdum is an expanded plateau encompassed by snow-covered mountains and colorful hills on the other. Located 130 kilometers southeast of Kargil, Rangdum falls midway between Padum and Kargil. The major attraction of this place is its striking eighteenth-century Buddhist monastery which houses approximately forty monks.

Set on a hilltop, this monastery is noted for its ancient fortification. The monastery also enjoys inalienable and perpetual ownership of the entire valley, including the pastures, fields, and hills. But, this isn't all; Rangdum also makes a mark for its trekking base. The most significant trek from here is close to Lamayuru, across the Kanji Valley.

Drass: Situated at an altitude of 3300 meters, Drass is located 60 kilometers west of Kargil. This small township is situated in the center of the Drass Valley. The Shigar River flows in from the north and drains an adjoining section of the Dras Valley.

You can cover all these attractions throughout your Ladakh tour. To plan a vacation in Ladakh, contact our tour experts and choose your Ladakh tour package for a journey. 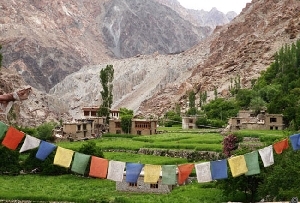 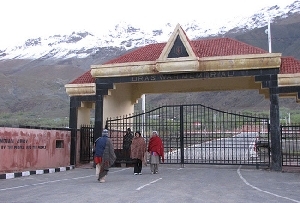 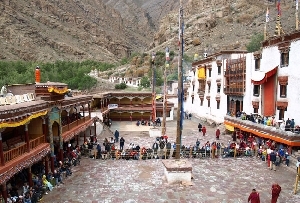 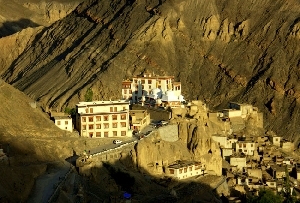 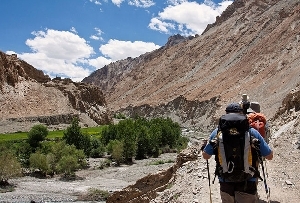 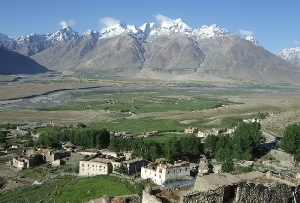 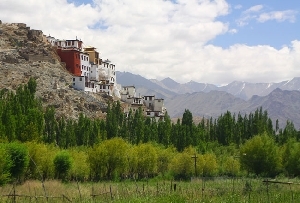 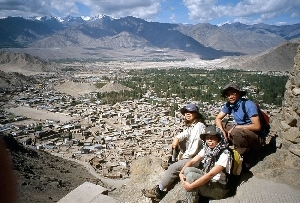