Lucknow is caught in a time warp. It exists in the middle of land of the past and the present looking back always to the reminiscences of a colonial-Nawabi past. Gardens in Lucknow reflect the Nawabi tastes and elegance.

Botanical Garden in Lucknow is a large public park which has been set up in the compound and is open for general public. The park is verdant green, with plantations of major plants, shrubs and herbs. It is a much loved spot for the evening-walkers. The garden is also famous for organizing picnics. One can enjoy a day at Botanical Gardens with family and friends. The green surroundings provide a cool and relaxing effect on the eyes. The lush greenery is a feast for your eyes. The flower shows during winters are major attractions for locals and tourists. Hundreds of flower species are on display during these shows.

Banarasi bagh is one of the famous gardens of Lucknow which houses Lucknow's Zoological Park and the State Museum. The Prince of Wales Zoo which has been in existence since 1921 boasts of a large number of snakes. The State Museum on the other hand is one of the premium in the country and the oldest in the state. The numismatic, handicrafts, natural history and ethnographic sections of the museum are fascinating.

The Sikandar Bagh is a pleasure garden, and a very popular garden of Lucknow which is located in the grounds of the National Botanical Research Institute, Lucknow, Uttar Pradesh in India. It spreads over 150 square meters and it has a small pavilion in the middle and commemorates innumerable performances of the famous 'Ras-lilas', 'Kathak' dance, music and poetic 'mehfils' and other cultural activities. The garden was laid out around 1800 A.D., as a regal garden, by Nawab Saadat Ali Khan and was later improved upon by Nawab Wajid Ali Shah.

The Sikander Bagh was the venue for a fierce battle during the revolt of 1857, when about 2000 freedom fighters, who had barricaded themselves in the garden, were killed in a fierce British attack. Articles like cannon balls, swords and shields, pieces of muskets and rifles, etc., accidentally dug out of the garden over the years and now displayed in the NBRI Exposition and scars of cannon balls on the old walls of the garden, still remind one of that historic event. Take a visit to these historical Lucknow gardens and get fascinated by its beauty. 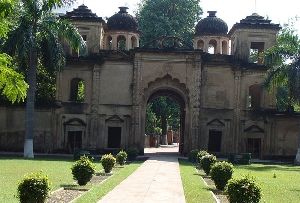 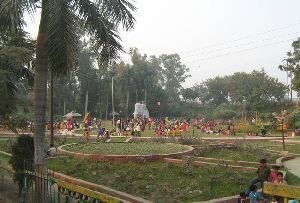 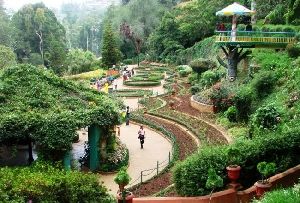