Lucknow is the capital of Uttar Pradesh and once the city of Nawabs. Lucknow is acclaimed all over for its rich heritage, the refined way in which its people converse, the sophisticated tastes and otherwise that is so much a part of Lucknow.

Monuments in Lucknow outshined in the use of arches, pavilions and domes. Many of the imperial residences built by the British to house their troops and officials during the mutiny of 1857 are now under damage. However, the best known of Lucknow's architectural representatives are the Imambaras, and the bhulbhulaiyan, a maze where getting lost is the simplest thing to do. Lucknow also continues to be home to the fine chikan embroidery executed with excellent skill on fabrics, sarees and kurtas. Lucknow city has many tourist attractions which fascinate the travelers. One of the worth visiting attraction is the Clock tower in Lucknow. Nearby many other tourist spots can be visited like the Rumi Darwaza and the Hussainbad Imambara. The clock tower is Lucknow is reputed to be the tallest in the country. It is 67 metre high standing really tall at the gorgeous city of Lucknow.

Lucknow Clock Tower is located very near to the Rumi Darwaza. Built in 1881 by the British, this 67 m-high clock tower on the river Gomti is said to the tallest clock tower in India. The tower features European style artwork. The part of the clock is built of pure gunmetal and the pendulum hangs 14 feet. The dial of this clock is shaped like a 12-petalled flower and has bells around it. Tourists while Lucknow Tour visit this famous clock tower which stands rising high in the sky. This is one of the most towering monuments in Lucknow. 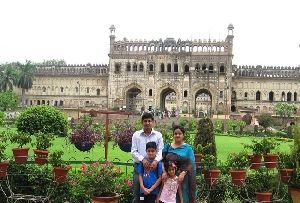 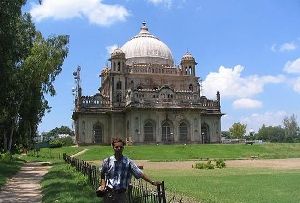 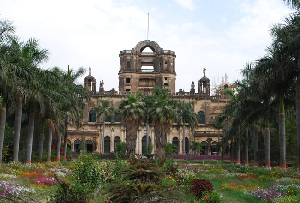 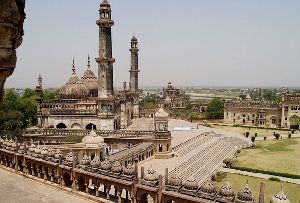 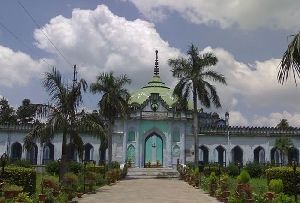