Mahabalipuram is the located near Kancheepuram, Tamil Nadu. The temple is globally famous for its history and its architectural brilliance. The ancient temples and their significances attract tourists from different corners of the world. The city was established in 7th century, the buildings and the old monuments are regarded as the UNESCO World Heritage site.

The old Shore Temples of Mahabalipuram hosts series of temples that bear the history of the by-gone days. The traces of Pallava dynasty are well evident in the monuments and temples. The Pallava king named Mamalla first established the sea port in Mahabalipuram.

The Rathas are the old architecture of the Mahabalipuram and to the north-east of the rathas, there positioned the shore temples of Mahabalipuram. The pilgrimage center was built during the reign of the Pallava ruler Rajasimha. ‘Rajsimha’ is also named as king lion God. The well curved pillars and the architecture attracts tourists from different corners of the world. The temple of Shiva bears the structure of Nandis that shows Hindu age old Hindu mythology.

There is a sculpture of lying Vishnu in the ‘Garba Griha’. and east is regarded as the holy side and the first ray of the rising sun creates the holy ambience.

The tower of the shore temple is the elegant sculpture that raises high in honor to the Gupta Empire and the culture. Kailashnath Temple at Kanchipuram is another example of ancient sculpture and architecture.

Tourists must visit the shore temples of Mahabalipuram. The local packages offer tour to these temples, the exotic historical destination. 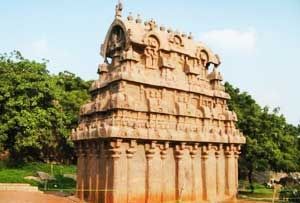 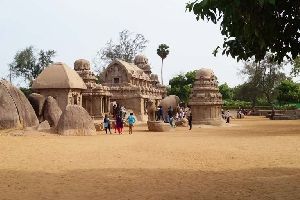 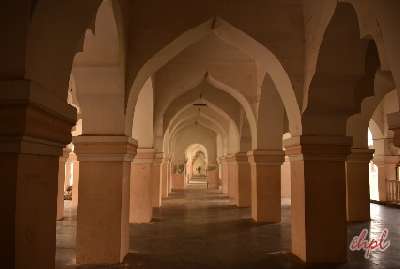