Mathura has always remained a holy place, for not only the Hindus but also for the Muslims. Mathura still basks in the glory of being the birth place of Lord Krishna. He is one of the most revered of the Hindu gods and the stories and incidents of his childhood pranks and his unique endowments are still told in almost each and every home in India. Mathura is famous for scenic Ghats and their steps that lead to the water's edge, vaulted gateways and temple spires, extending along the right bank of the River Yamuna, emphasizing the holy character of the town. There are innumerable holy places in Mathura that are significant in their own ways.

There are many Ghats, shrines and temples in Mathura, the most well known being the Dwarikadhish Temple dedicated to Lord Krishna. It was constructed in the year 1815 by a wealthy and staunch devotee Seth Gokuldas Parikh who was also the treasurer of the State of Gwalior. Mathura has in all 25 Ghats, and the most popular and important one is the Vishram Ghat. Another of Mathura’s holy places that the traveler will come across on his itinerary during his pilgrim tour is the Shiva Temple that has the images of Lord Shiva and Parvati. This temple holds a lot of importance for the Hindu pilgrims from all over India.

Holy places in Mathura also embrace the Mosques in Mathura, like Katra Masjid which is an architectural splendor. This Masjid was built by the emperor Aurangzeb. The architecture of the Masjid is simply unrivalled and speaks of the architectural genius of the people during those days. The Masjid is built of red sandstone and till date continues to enchant the visitors from all over the country and abroad.

The Jama Masjid of Mathura has its own charm for the pilgrims. This grand mosque was built in the year 1661 by Abo-in-Nabir-Khan and it is situated at the back of the Janambhumi complex. There are four minarets which offer some of the most spectacular views to its guests. Mathura is also famous for a lot of fairs and festivals that are celebrated here along with any festive occasion related to the Mathura’s holy places. These have their own local charm and should not be missed out if your tour coincides with them.

Mathura has although no aerial links to the other cities in India but can be reached from the airport in Agra. The road networks are good and frequent buses are available to the tourists. 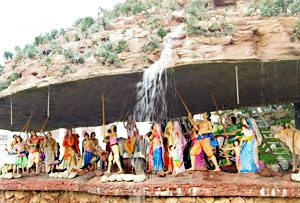 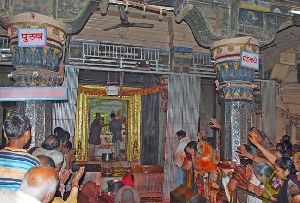 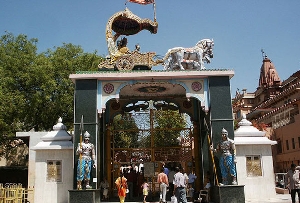 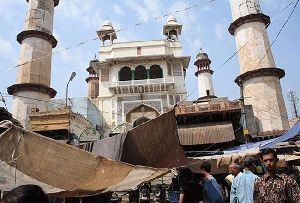 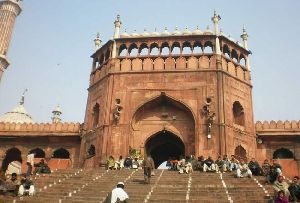