Draupadi was the daughter of Draupada, king of Panchala, and wife of the five Pandav princes of the epic story of Mahabharata. Draupadi was a damsel of dark complexion but of great beauty. She was believed to be descended from the city of the gods with unparalleled radiance and grace. She was a great follower of Lord Krishna.

In the history of Mahabharata it is narrated that when Pandav brothers along with Draupadi were on exile at the Hastinapur forest, Lord Krishna came to visit them. It was said that Lord Krishna wanted to appease his hunger and asked for some food from Draupadi. Draupadi had no food at her place to offer her revered guest. She was left with one grain of rice which she offered to Lord Krishna with devotion and lot of affection. Lord Krishna was moved by this gesture and readily accepted one grain of rice. He said the food given out of love and devotion is enough to satisfy His hunger. Later Lord Krishna bestowed His blessings upon her and appeased the hunger of thousands of Duruvasa's disciples when they came to her as guests. This is the history of Draupadi-Ki-Rasoi in Meerut.

Hastinapur, between Meerut and Mawana in Uttar Pradesh, is now a forgotten village, but excavations in 1952 exposed the existence of Vidur-ka-tilla (Vidura's palace), Meerut Draupadi-ki-rasoi (Draupadi's kitchen) and Draupadi Ghat (for bathing), besides copper utensils, iron seals, ornaments made of gold and silver, terracotta discs and several oblong-shaped ivory dice used in the game of chauper can also be found near Draupadi-Ki-Rasoi. This place is visited frequently by tourists. 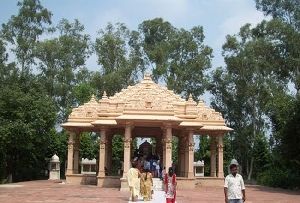 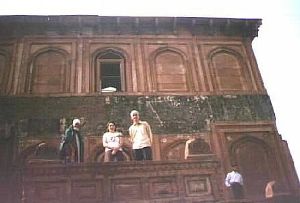