Chhatrapati Shivaji Maharaj Terminus, a UNESCO World Heritage Site and also a historic railway station serving as the headquarters of Central Railways of India, is a spectacular structure of Mumbai. The architecture is inspired by Victorian Italianate Gothic Revival and Mughal styles. It was built to commemorate the Golden Jubilee of Queen Victoria in 1887, in Mumbai’s Bori Bandar. The CST was declared as a World Heritage Site by UNESCO in 2004.

This bustling railway station, built in 1888, is a grand reminder of the British Raj pre-Independence, and is one of the most prominent landmarks within the Central District of Mumbai. Chhatrapati Shivaji Maharaj Terminus was known as Bori Bandar Railway Station. The first passenger train by The Great Indian Peninsula Railway chugged from Bori Bandar to Thane, covering a distance of 35km in 57 minutes.

The entire building took about ten years to be completed and during that era it was the highest building in Mumbai (formerly called Bombay). The station was given its former name, Victoria Terminus, by the British architect F. W. Stevens, after the then reigning queen, Queen Victoria. It was renamed Chhatrapati Shivaji Maharaj Terminus (CST) in 1996 by the Minister of Railways, Suresh Kalmadi.

Today, it is one of the busiest railway stations of India and is also known as CST/ CSTM. Many movies and serials like CID and Slumdog Millionare features CST in some or many of their scenes. Constructed in Mumbai’s Bori Bunder Area, Bori means sack and Bandar means port. Hence, this area was used to store sacks.

In 2008, two terrorists entered through the main gate, threw grenades at people and let out open firing. It led to catastrophic 26/11 terrorist attack.  In 16th April 2013 air-conditioned dormitories were inaugurated at CST for men and women separately. 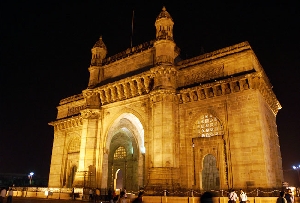 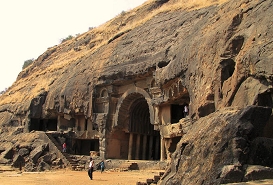