The central figure of The Swaminarayan Temple at Rajkot in Gujarat in India is the Lord Swaminarayan. The idol set in the temple is a white idol of Lord Swaminarayan, beautifully clad in gorgeous cloth. The Swaminarayan temple follows some philosophical guidelines as set by the BAPS. They try to understand the five basic eternal units which comprises of Jiva, Ishwar, Maya, Brahman and Parabrahman.

The Swaminarayan temple at Rajkot in Gujarat in India is also noteworthy of the beautiful building and the statue of the Lord Swaminarayan centrally placed and clad, which makes people in thousands to flock to the temple everyday in order to offer their prayers.

The Swaminarayan Temple of Rajkot in Gujarat in India has also actively participated in organizing relief camps in areas hit by natural disaster.

Rajkot is easily accessible from any parts of India and Gujarat. As Rajkot stands as an important city and is well connected to every part of Gujarat and India by trains and buses. Tourists planning to take a flight to Rajkot can also reach Rajkot easily. 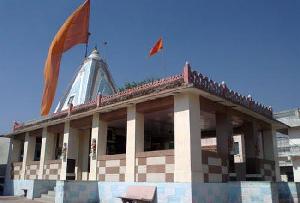 On Offer
11
Days
Best of Gujarat With Wildlife
View Details