The exhibits put up in the Watson Museum and Library of Rajkot includes copies of artifacts from Mohenjodaro, natural history exhibits, 13th-century carvings, temple statues and costumes and design of the houses of the local tribal people. The Watson Museum and Library at Rajkot in Gujarat also houses an excellent collection of traditional, archaeological items and coins. A major attraction of the Watson Museum is the huge marble statue of Queen Victoria seated on the throne and this attracts a huge number of tourists.

Apart from the museums in Rajkot there are several other museums spread all over Gujarat. Rajkot in Gujarat is a place marked for the famous museums present. The Rajkot Museums are noted for their ancient and rich collection. The museums in Rajkot are maintained and taken care by the government of the state. The state of Gujarat has a special department set which is in charge of taking proper care of the museums and popularize the museums to the people world wide. The pieces exhibited in the museum are categorized on several basis such as art, science and archaeology. All the museums of Rajkot are under the administration of the administrative unit which operates from the Museum and picture Gallery in Baroda in Gujarat. The Museums in Rajkot are some of the major Tourist attraction in Rajkot and should be visited by tourists while on their Tours to Rajkot in Gujarat in India.

The Watson museum and library at Rajkot in Gujarat in India stands as silent tutors who speak of the heritage of the state and the country. The museum welcome people who want to add to the collection by giving their rare treasures. The collections of the museums at Rajkot in Gujarat in India are value laden and are well organized which helps the tourists to understand the relevance of the art pieces in a better way. The collections of the museum are also used by the students and research scholars of India and abroad for studying the various aspects of arts that prevailed in the country. The Museums of Rajkot are an excellent way which helps to understand the rich cultural heritage of Saurashtra in a better way.

Rajkot is situated in the Saurashtra region in Gujarat. Rajkot can be easily reached by trains and buses from different parts of Gujarat and India. There are also flights available for tourist who wants to go on a Tour to Rajkot by flight. While on a tour to Rajkot, one must visit the museums in Rajkot as they stand among the Major Tourist Attraction of Rajkot. 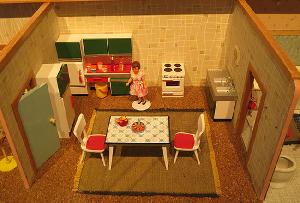