One of the most important Tourist Attractions of Sanchi is the Ashoka Pillar. It is located near the southern gateway of the famous Sanchi Stupa.

The Ashoka Pillar was erected in the 3rd century B.C. It is rather unfortunate but the total Ashoka Pillar does not stand here now. The shaft of the pillar can only be seen at the gateway and the crown has been kept in the museum. The crown of the Ashoka Pillar consists of the four lions that stand back to back. The figure of these lions was later adopted as the National Emblem of India.

How to reach Ashoka Pillar :

The Ashoka Pillar lies in Sanchi in Madhya Pradesh. Sanchi is at a distance of 46 km from Bhopal. Bhopal is very well connected with all the major towns of Madhya Pradesh as well as the important cities of India by rail, road and air. After you have reached Bhopal by availing any of these three options you can easily reach Sanchi using the motorable road. Even though Sanchi is a railway station of the Jhansi Itarsi section of the Central railways, Vidisha located at a distance of about 10 km from Sanchi is better connected to the important towns and cities of India by rail. 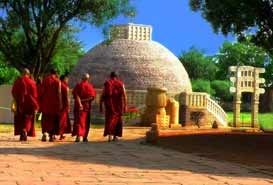 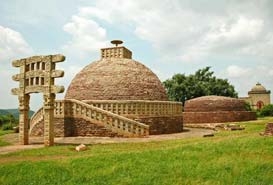 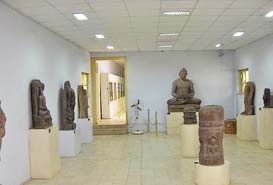 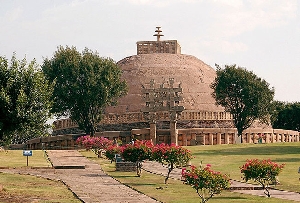