Jakhu Temple is located at the highest peak of Shimla, which is perched at an altitude of 8,000 feet above sea level. The temple is infused with purity, peace, and tranquility. Jakhu Temple is dedicated to Lord Hanuman. The mythology behind the Jakhu temple is that Lord Hanuman stopped over for a while on his way to search for Sanjivani Booti for Lord Lakshman. The temple also houses the world's largest statue of Lord Hanuman - this gigantic statue has a height of 108 feet.

The temple attracts Hindu followers and a large number of tourists as well. You can spot monkeys here, which are usually well-behaving and mean no harm to the pilgrims, unless they are teased. Jakhu temple has inscribed sculptures of gods, females in welcoming posture, and diyas, on the pillars and walls.

It is said that ringing the bell of this temple brings luck for at least the following three days. Spending some time at the holy hill-top, which is generously surrounded by deodar and alpine trees, coos of a beautiful bird, and nerve-soothing breeze, can be more than a mere retreat.

Located on the highest hill in Shimla called Jakhu Hill, the temple offers breathtaking views of the Shivalik ranges and the nearby town Sanjhauli. Visit here during sunrise and sunset for the best vistas. Further, the trail leading to the temple is a serene path with narrow promenades and is coverd by deodar trees.

There are murals and paintings inside the temple displaying the feats of Lord Hanuman during Ramayan. Also, the 108 feet tall idol of the lord, installed here in 2010, is a sight that entices a huge of devotees and tourists to Jakhu Temple Shimla.

The statue illuminates at night and can be seen from anywhere in Shimla. There are a lot of monkeys that flock the hill, but be careful of their mischievous behavior.

The best way to reach the Jakhu Temple is the ropeway. It covers 0.5 km in around 5 to 6 minutes. This is the reason why the Jakhu ropeway is one of the four prominent attractions of Himachal Pradesh. Note that each ropeway cabin only carries six people.

Jakhu Temple can be visited throughout the year. However, the celebration of the Dussehra festival at Jakhu Temple is a major attraction. It is observed in the month of October/September at Jakhu Temple, worshipping Lord Hanuman’s feats in the Ramayan. Dusshera, as you may already know, marks the victory of Lord Ram over demon-king Ravan.

How to Reach Jakhu Temple, Shimla

You can either walk a trail of 2 km to the temple from the city center or hire a cab or taxi, enjoying the views of the Shivalik ranges along the route. That said, Jakhu Temple Ropeway is the easiest way to reach the temple in under 5 minutes.

You can visit the temple with our wide range of Shimla tour packages. Contact our travel experts for more information and to book a customizable holiday package. 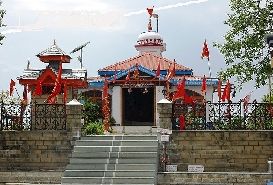 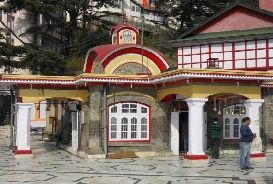 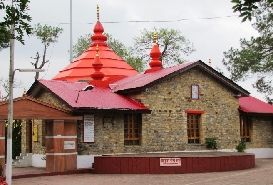 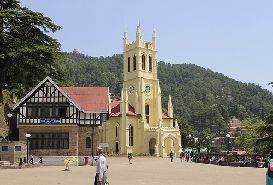