The unique Telugu-speaking Telangana has a distinct history and the relics of the vast legacy are the incredible monuments in the state. The major number of Monuments in Telangana reveal the history and legacy of the rule of Nizams of Hyderabad. Even the Chalukyas had a stronghold in the region. The ruling powers had a number of forts and palaces to their name.

Hyderabad was the centre of their rule therefor had the most number of historic monuments. Charminar, Golconda Fort, Falaknuma Palace, Makkah Masjid, Old City, Salarjung Museum, Qutb Shahi Tombs, Chowmahalla Palace, Spanish Mosque, Paigah Tombs, Chilkoor Balaji Temple, Shamirpet, etc.  Warangal enshrines a huge number of ancient temples and monuments. Warangal Fort, Thousand Pillar Temple and Bhadrakali Temple being some of the few. The Nizamabad Fort, the pride of Nizamabad is a marvelous historic monuments. Mahbubnagar, formerly, the core of the Satavahanas and the Chalukya Dynasties’ reign has some inspiring sites. Karimnagar gained prominence under the Nizam's reign and has some amazing sites include the Elgandal Fort, Manthani Temple, Jagtial Fort, Ramagiri Fort, etc. Khammam Fort in Khammam is an inspiring site from history. Adilabad, the second largest city in Telangana is as important for its historic treasures.

Telangana Travel Guide lists several places that you must not miss while exploring the historic and awe-inspiring monuments in Telangana. 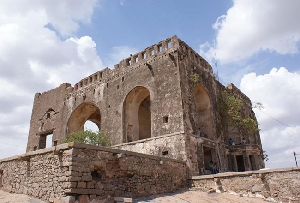