Shiv Niwas Palace, located on the banks of the placid Lake Pichola, is the former residence of the Maharana of Udaipur. Overlooking the Lake, the crescent-shaped building palace was erected in 1920. Now a luxury heritage hotel, it originally was the palace of Maharajah Fateh Singhji. Till 1978, it was used by the generations of the royalty in the form of guest quarters for the dignitaries who visited the King. Between 1978 and 1982.

The then owner Maharana Bhagwat Singh, erected a second story to the structure of the palace for transforming it into a sprawling luxury hotel. Like many other properties, there is a possibility that this conversion was the result of the abolition of privy purses. It might have become difficult for the royalty’s descendants to fund their palatial ancestral home.

Currently owned by the Mewar  royal family of Udaipur, it is one of the hotels of HRH Group of Hotels in Rajashtan and has been an accommodation of several celebrities not only from India but aboard as well. If the name of the palace is translated into English, it means the palatial abode of Lord Shiva, the Hindu deity worshiped by the royal family. Winner of three National Tourism Awards for the best heritage hotel in the category of ‘Heritage Grand’, it is open to tourist in the form of a tourist attraction. Leaving apart the section where the royalty is residing, a visitor is free to roam around.

The elegant interior oozing out royal charm is the major attraction for the tourists and makes the experience of exploring the palace, a delightful one. The palace is a blend of Rajput and European architectural styles and is constructed in a semi-circular shape. Explore Shiv Niwas Palace by taking a walk in its dome-covered pavilions, beautiful courtyards and balconies. Do not miss noticing the glass mosaics and painted frescoes, apparently made by  artisans from England. 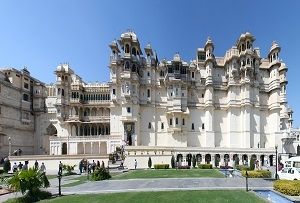 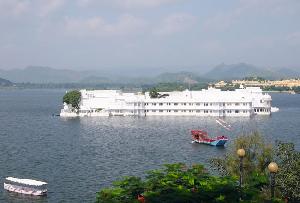 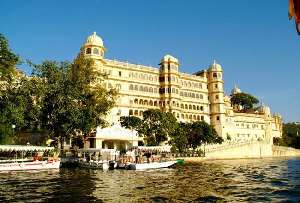