Once the seat of the Gaekwads, Vadodara was also known as "Baroda," on several occasions during the imperial era of the Gaekwads. It is one of the most industrially prolific cities in Gujarat. Vadodara though, an industrial city is also famous for its monuments, palaces and parks and is visited by huge crowds of the tourists from the different parts of India and also by a substantial ratio of the foreign tourists. There is no end to the tourist attractions in Vadodara and they are equally famous for their distinct charm. Among these tourist attractions, the holy places in Vadodara are a huge draw for the visitors.

One may visit the holy places of Vadodara that had been built in the ancient times. Some of these places have been the sites of certain excavations that truly reflect the old bygone days of the architectural genius of the Indians. There are several temples, mosques and churches in Vadodara that are visited by a large number of tourists and devotees. One such temple is the EME Temple which is built in reverence to the Lord Dakshinamurthy who is said to be one of the reincarnations of Lord Shiva. This temple stands as the most popular one among Vadodara's holy places owing to its unique architecture and design that catches the attention of the passerby at a glance.

This temple also has a lot of ancient idols that date back to the 6th century BC that are beautifully arranged along the path of the temple. A large number of devotees turn up to visit this temple and offer prayers and offerings. The design in which this temple is built symbolizes the five major religions which are the Hinduism, Christianity, Islam, Buddhism and Jainism. One can also find a lot of Banyan trees in the compound of the temple.

There are also several other mosques, dargahs and churches that can be visited while you are on a tour to Vadodara. All these holy places in Vadodara make for a lovely travel experience which the tourists are sure to cherish on their travel to Gujarat.

Vadodara is well connected by the aerial routes, and also the State transport buses as well as the private luxury coaches, to different towns and cities of Gujarat, Madhya Pradesh, Maharashtra, Delhi, and Rajasthan. 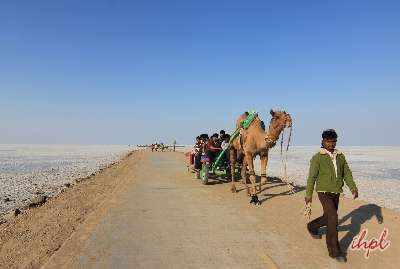