Statue of Unity is a testament of Iron Man of India, Sardar Vallabhbhai Patel. The statue is built to commemorate the Sardar Patel and to inspire the citizens of India through his freedom struggle and patriotism. This colossal statue of the former Deputy Prime Minister and Home Minister of India is a tribute to the person who unites the 552 princely states of India to form a single Union of India and this is the reason this statue is named as the Statue of Unity. We have provided a complete travel guide for Statue of Unity tour here. Take a look and collect some knowledge before paying a visit there as you can get all the information about the Statue of Unity.

Statue of Unity in Gujarat is situated in the town of Kevadia and on the bank of the River Narmada. Standing tall at 182 meters, this is the tallest Statue in India as well as the world’s tallest statue. The base of the Statue remains over the most noteworthy flood level recorded over a 100-year time frame, 237.35 m above ocean level. Establishment stone was laid in October 2013 by then Gujarat Chief Minister Narendra Modi, presently Prime Minister. Worked in 33 months by Larsen and Toubro Limited (L&T) utilizing more than 70,000 tons of concrete, 24,000 tons of steel and around 1,700 tons of bronze. The aggregate of 250 specialists and 3,700 laborers were occupied with the development. The absolute task cost INR 2,989 crore (US$ 407 million), for the most part, subsidized by State and Central government through Sardar Vallabhbhai Patel Rashtriya Ekta Trust (SVPRET). And now, L&T is to keep up and handle tasks of the structure for another 25 years.

Chopper ride and Boat Ride on Statue of Unity

Likewise, you can also enjoy the 1-hour boat ride in the Narmada River which can also take you through the Valley of Flowers and Narmada Main Canal. From both these places, you can get the best view of the Statue of Unity.

The Statue of Unity opens at 8:00 AM and shuts down at 6:00 PM from Tuesday to Sunday. The Laser Light and Sound Show can be seen from 7:30 PM onwards every day, apart from Mondays. The Statue of Unity is shut down on Mondays for maintenance.

October to March is the best time to visit the Statue of Unity. The climate conditions are impeccable to plan a visit during this time.

Interesting Facts about the Statue of Unity

There are three types of tickets to visit Statue of Unity. A One day ticket which costs INR 120 for adults and INR 60 for children which allows the tour of the monument and the Valley of Flower. In this type, the access to the gallery cannot be granted. While for the gallery tour, the ticket is of INR 350 for adults and INR 2200 for children. The gallery is situated on the top of the statue. The third one of the express entry ticket which costs INR 1000 for kids and adults. This ticket provides the express entry in the gallery and saves you from the rush. 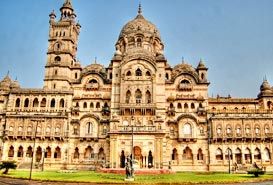