Varanasi, this old city on the banks of the River Ganges is home to a large number of temples. Acclaimed as one of the most holy cities in the world, its temples are frequented by pilgrims and devotees in quest of spiritual bliss. The Durga Temple is no lone exception. Religious followers gravitate to the temple and so do common tourists who are drawn to it because of its design pattern and busts.

History of the Durga Temple, Varanasi

Varanasi is a place highly revered by the Shaivite Hindus. The general trend noticed is that Durga Temples are a rare find in regions which has many followers of Lord Shiva. This is why it is indeed quite surprising to find a Durga Temple in a place like Varanasi reputed for being a Shaivite stronghold. Anyways the temple was constructed by a Bengali Maharani. It was built in the 18th century. Even though she is credited with the construction of the temple, the deity that is enshrined within the temple was not established by her. According to popular legend, Durga herself appeared in this temple at Benaras (the other name by which Varanasi is known), India.

Description of the Durga Temple, Varanasi

The Durga Temple in Varanasi, Uttar Pradesh is a fine example of the Shikhara or North Indian style of Temple architecture. Positioned on top of a rectangular tank referred to as the Durga Kund, this ochre red colored temple boasts of a multi tiered Shikhara that never fails to catch anyone’s attention. Separate Spires are built one on top of the other to form the Shikhara and the diameter of these spires keep decreasing with increasing height.

According to popular belief Goddess Durga worshipped in this temple is the savior and protector of this sacred place. She came here of her own and has been staying ever since as a guardian. She is a form of Parvati, Lord Shiva’s consort and an embodiment of power and harmony. Her strength is a source of inspiration for women and her protection of the land a reason of relief to the people of this land. No wonder people pour in by the lakhs to offer their prayers and seek her blessings. The number increases conspicuously when Navratri and other auspicious occasions are celebrated.

Open from seven in the morning to eight in the evening, it is of interest not only to ardent admirers of Goddess Durga but also to the lovers of art and architecture. Ensure that you pay a visit to the Durga Temple when on Varanasi Tour. It is not simply one of the prime Holy Places in Varanasi; it is also one of the important Tourist Attractions in Varanasi. 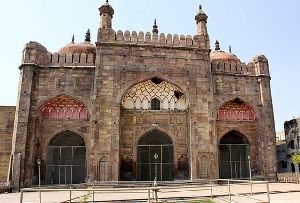 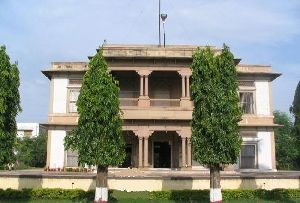 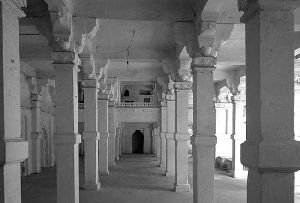