Varkala, which is recognised for having several ayurvedic treatment facilities and spas, is situated on the cliffs next to the Arabian Sea. The city has a pleasant environment all year long and is frequently referred to as the "Kashi of the South" because of its significance to religion. Beachgoers who prefer to unwind in a peaceful setting frequently visit Varkala since its beaches are less crowded and cleaner than Kovalam's busy ones. Here is a list of Varkala's top tourist attractions.

Varkala Beach- Southern Kerala's Varkala Beach is situated 54 kilometers to the north of Thiruvananthapuram. Being one of Kerala's remote beaches, it offers a tranquil setting for leisure away from the frantic pace of daily life. Popularly known as Papanasam Beach, Varkala Beach is revered as a holy place. People firmly believe that washing away sins by taking a bath in the waters of this beach.

Kappil Lake- One of the best places to visit in Varkala, Kerala, is Kappil Lake. It is tranquil and breathtakingly beautiful, with coconut groves and calm seas offering a quick getaway. Since it is only a few kilometers from Varkala town, you can come here whenever you need to escape the commotion.

Ponnumthuruthu Island- Ponnumthuruthu Island, a sparsely populated green spot ideal for bird watching and nature hikes, is located 20 kilometers from Varkala. It's one of the most popular spots to visit in and near Varkala. If you have a liking for birds, bring a set of binoculars and enjoy watching them go about their business. Migratory birds stop here.

Anchuthengu and Anjengo Fort- The East India Company constructed the ancient and historically significant Anjengo Fort in the late 17th century. The Queen of Attingal gave it to the business as a gift. Local lore claims that the British mispronounced the town of Anchuthengu, where the fort was located, and instead called it Anjengo.

Janardana Swami Temple- Vishnu devotees pray at the 2,000-year-old Janardana Swami Temple, which is still standing strong. It is one of the top Varkala sightseeing locations and is frequently referred to as the Varanasi of the South. It is situated on a hill at the entrance to Varkala Beach. You can stop by it en route.

Sivagiri Mutt- A well-known Varkala tourist destination is the ashram and mausoleum of Sri Narayana Guru, Sivagiri Mutt, which is situated atop Sivagiri Hills. It is thought that this is where the social reformers found wisdom. During the Sivagiri Pilgrimage, which takes place from December 30 to January 1, you may anticipate seeing a continual stream of devotees that grows to thousands.

Varkala Tunnel- Sir Madhav Rao, who at the time served as the dewan of Travancore, constructed it in 1867. Unbelievably, it took 14 years to create this tunnel. It was constructed as a checkpoint for travelers heading to Thiruvananthapuram. A striking example of architecture is the tunnel.

If you are planning to visit these tourist attractions in Varkala, then you must check out our Varkala tour packages. 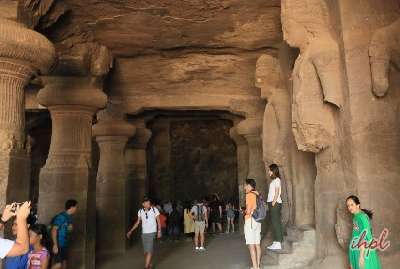