Vrindavan abounds in temples, most of them associated with Lord Krishna in some way or the other for it is with his memory that this whole places is drenched. Of the many Holy Places in Vrindavan, Radharamana Temple is a significant one and well deserves to be visited by those on Tours to Vrindavan.

History of the Radharamana Temple Vrindavan :

The word "Radharamana" means one who gives pleasure to Radha, it but obviously refers to Lord Krishna, her consort. Of the umpteen numbers of names by which Lord Krishna is referred to endearingly by his followers, this is yet another one. The Radharamana Temple was constructed as a result of the initiative taken by Gopala Bhatta Gosvami. According to popular legend, Radharamana is being worshipped here ever since 1542. It was in this year that he revealed his presence. He made an appearance from a salagram-shila on the full moon day of Vaishakhi (April/May). And ever after this self manifestation he has been worshipped in the temple. He self appeared at a spot which is just next to the temple.

Description of the Radharamana Temple Vrindavan :

Lord Krishna made his first appearance in the year 1542. Ever since that year the event of his manifestation is celebrated each year in the Radharamana Temple with a lot of religious fervor. On this occasion each year, the deity is bathed with 100 liters of milk and other religious items like basil, flowers and honey. The water after the deity has been bathed is akin to nectar to the followers of Lord Krishna. This abhisheka water is had by them as charanamrita.

Devotees pour in large numbers to the temple on this auspicious occasion. If you can make it here at this time of the year then it is sure to be the best, however at other times of the year also you will surely enjoy a visit to the temple. In general the standard of worship out here is very high. Apart from the deity of Radharamana, all the other salagram-shilas of the time of Gopala Bhatta Swami are also worshipped to this day. The wooden sitting place (hoki) and the shawl (chaddar) that was gifted to him by Lord Chaitanya also find their place within this temple in Uttar Pradesh, India. Visitors can see these objects which date back to several centuries out here.

What will surely draw your attention is a beautiful crown. The crown signifies Radha. No idol of hers is worshipped in the temple it is this symbol which is revered in its stead. The Samadhi of Gopala Bhatta is also here.

Another interesting thing that will not fail to draw your notice because of the popular stories that are related to it is the fire in the temple kitchen. It is believed that this fire for cooking has been alight for more than 460 years that is ever since the deity was established in this temple. The food is cooked as per the recipes of yesteryears. 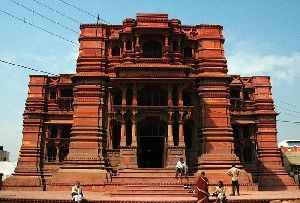 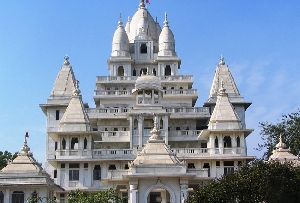 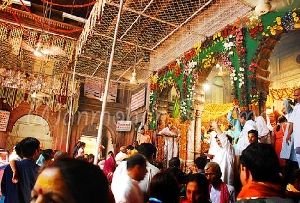 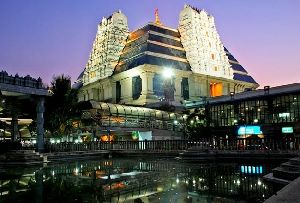 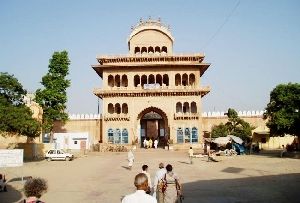 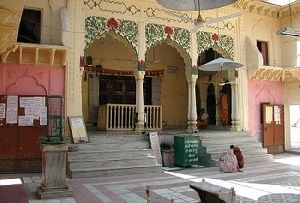 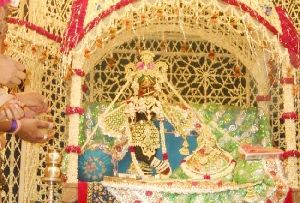 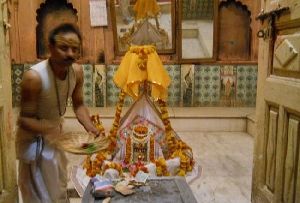