The city of Vrindavan is a major place of pilgrimage. Famous for its several temples, both old and modern, this place is a major draw for the tourists. Apart from these temples, the Monuments in Vrindavan are also a big attraction for the travelers who come to this city.

Kesi Ghat, Vrindavan is one of the famous Vrindavan Monuments that is a big attraction for the devotees. People believe that after slaying the demon Kesi, Lord Krishna bathed at this Ghat. As a result, devotees throng this place to take a dip in the holy waters and thus seek benediction. The evening aarti at Kesi Ghat is also a ritual that you should make sure to watch.

Vrindavan Parikrama, Vrindavan is another activity that would keep you engrossed during your Tour to Vrindavan. The path of Vrindavan Parikrama encircles the town and would take you to many interesting places en route. It would generally take you two to three hours to finish a walk around Vrindavan by walking on this path. 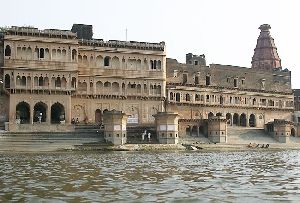 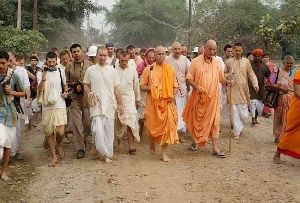