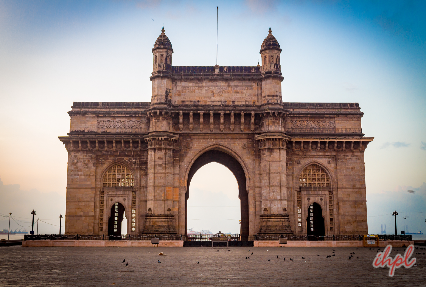 Ajanta Ellora Tour by Indian Holiday is a 4 Nights / 5 Days tour package which takes you to heritage sites of Maharashtra. The destinations covered in this tour package include Dream city Mumbai, Heritage city Aurangabad and Religious city Nasik. All the destinations house some key historical monuments which take us back to the glorious days of the past. With this tour package, you can assure yourself with a fun-filled and exciting holiday.

On reaching Mumbai, meet our IHPL representative who will help you take a transfer to your pre-booked hotel. Check-in to the hotel and freshen up. Later, leave for sightseeing around the place. You can visit different attractions which this beautiful city offers including Gateway of India, Shree Siddhivinayak Temple, Juhu Beach and Prince of Wales Museum. In the evening, you can go for a stroll around the place. Later, come back to the hotel for dinner. Stay overnight at the hotel.

This morning, you take a transfer to you next destination, Aurangabad. Take a transfer to the airport for your flight to Aurangabad. On reaching Aurangabad, check-in to the hotel. Later, drive towards the star attraction of the city, Ajanta Caves. Ajanta Caves is a UNESCO World Heritage Site which houses 30 rock-cut Buddhist Caves. The caves have beautiful paintings and sculptures which are rightly called the Buddhist masterpieces. After sightseeing around the place, drive back to the hotel for dinner. Have a comfortable overnight stay in the hotel.

After having your breakfast, leave for a sightseeing tour around the place. Visit the famous Ellora Caves and Daulatabad Fort. Ellora Caves is one attraction which represents the spectacular workmanship behind its exquisite carving and paintings. The caves also reflect the religious harmony which was there during the 5th to 11th century in India. Also visit the Daulatabad Fort which was built by the Yadavas. Initially, the fort acted as a southern military base. After having a glimpse of the glorious past of the country, leave for the hotel. Stay overnight.

Munch your breakfast in the morning and then leave for Nasik which is around 181 kms from Aurangabad. On reaching Nasik, check-in to the hotel and take some rest. Later, leave for a short sightseeing tour around Nasik. You can begin by seeking blessings of Lord Shiva with a visit to Trimbakeshwar jyotirlinga which is a famous pilgrimage site of Nasik. Later, you can visit Pandava Caves which house a group of 24 Buddhist Caves and were excavated in 1 CE. Spend the evening at leisure. Later, have your dinner and stay overnight at the hotel.

After having your breakfast, leave Nasik and head towards Mumbai. On reaching Mumbai, take a transfer to the railway station/airport and carry on with your onward journey. The tour ends here.

Ans: Ajanta & Ellora caves are located in the Aurangabad district of Maharashtra. These rock-cut cave monuments are designated as the UNESCO World Heritage Sites.

Ques: How many days are enough to visit Ajanta & Ellora Caves in Aurangabad?

Ans: The ideal duration for Ajanta and Ellora Caves tour is from 1 to 2 days. It is sufficient time to explore the majestic beauty of this place.

Ques: Which nearest places I can explore along with Ajanta & Ellora caves?

Ans: There are several tourist attractions situated in the proximity of the Ajanta & Ellora Caves. Some of the best tourist places which visitors can explore during their visit are:

Ques: What is the nearest airport to Aurangabad?

Ans: The Aurangabad Airport (IXU) is the nearest airport to Ajanta & Ellora Caves.

Ans: Yes, you can visit Shirdi Sai Baba Temple after visiting the Ajanta & Ellora caves. Indian Holiday offers a wide range of customized tour packages in which you can get an opportunity to visit the temple after exploring the caves.

Ques: Are Ajanta & Ellora caves remain closed on any day for visitors?

Ques: How much time does it take to reach Aurangabad from Mumbai?