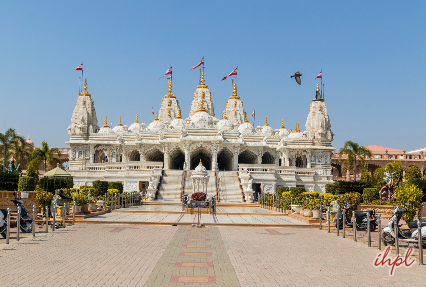 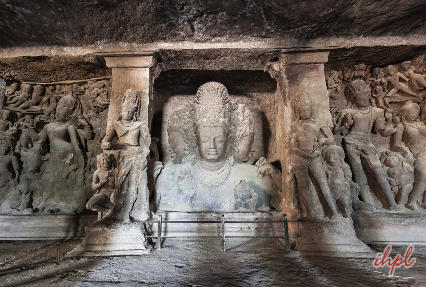 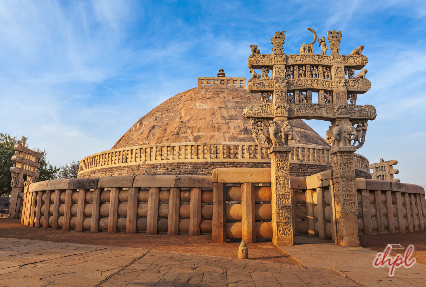 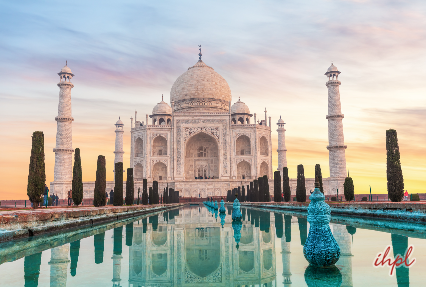 Central India and Gujarat tour, stretching itself in the span of 14 nights and 15 days will take you through some extremely popular regions of Central India as well as Gujarat. You will get a chance to explore popular tourist attractions along with world-renowned ancient temples of this region of India. You will cover destinations like Agra, Delhi, Mumbai, Ahmadabad, Bhopal, Gwalior, Ujjain and more. The day-wise itinerary is given below:

On your first day of the Central India with Gujarat tour, our tour representative will receive you at the Mumbai Airport and transfer you to the hotel.

Often touted as the "City of Dreams", Mumbai is the commercial hub of the country that is renowned as the city that never sleeps. Mumbai also boasts of the largest film industry popularly known as Bollywood. Overnight at hotel.

Enjoy a city tour after breakfast. Visit popular places of Mumbai such as the Prince of Wales Museum, Hanging Garden, Dhobhighat, and Elephanta Caves, a World Heritage Site. The Elephanta Caves have some quaint temples that date back to the 7th century. Overnight at the hotel.

After breakfast board a flight to Bhavnagar. After arrival, check in at hotel and take rest before the city tour.

The charming city of Bhavnagar, located in the peninsular region of Gujarat, is dotted with a number of lakes and Hindu shrines. Founded by Bhavsinghji Gohil, Bhavnagar was once a booming port town. Stay overnight at the hotel.

Set out for Palitana in the morning. Palitana is home to renowned Jain temples. There are a total of some 863 temples that are wonderful specimens of marble architecture. The most popular of them is the one dedicated to Shri Adishwara, the First Jain Apostle. Overnight at hotel.

Drive to Ahmedabad post breakfast. After arrival and check in at a hotel, freshen up and enjoy lunch before a sightseeing tour around the city.

Later board the overnight train to Ujjain from the Ahmedabad Railway station.

After arrival in Ujjain, our representative will assist you to check into the hotel. Relax for sometime before embarking on a sightseeing tour around the city.

Located in the Malwa region of Madhya Pradesh, Ujjain is a quaint city that is home to a number of revered Hindu shrines. We will be paying a visit to Bade Ganeshji Ka Mandir, Harsiddhi Temple, Vikram Kirti Mandir and more. Stay overnight at the hotel.

Drive to Mandu in the morning. On arrival, check in to the hotel and relax.

A ruined city in Madhya Pradesh, Mandu is famous for its Afghan architecture. It celebrates the romance of the poet-prince Baz Bahadur and his consort Rani Roopmati. Spend the night in the hotel.

Spend the day touring the city of Mandu.

Visit the Jahaz Mahal, Hoshang Shah's Tomb, Baz Bahadur's Palace and Rani Roopmati's Pavilion, initially constructed as an army observation post. It also served as the Queen's retreat from where she could see Baz Bahadur's palace. Overnight at hotel.

After breakfast, drive to Indore via the holy towns Maheshwar and Omkareshwar. On arrival at Indore, check in at the hotel.

The island of Omkareshwar is replete with a number of Hindu temples among which Omkar Mandhata Temple is among one of the 12 most venerated Shiva shrines in India. Located on the banks on Narmada, Maheshwar is a historical town that finds mentions in Hindu epics Ramayana and Mahabharata. Overnight at hotel.

Post breakfast, enjoy a sightseeing tour of Indore. Later set out for Bhopal.

Architectural marvels dating back to the period of the Holkars dot the city of Indore. The Rajwada or the Old Palace, sporting a fine combination of the occidental and oriental architectural styles, is one of the main attractions. On arrival at Bhopal, check-in at the hotel for overnight stay.

Head for a day-excursion to Sanchi.

One of the most popular Buddhist sites in the world, Sanchi is an important Buddhist site. The Sanchi Stupa, Archaeological Museum, and the Great Stupa built by Emperor Ashoka are some of the places to visit. Return to Bhopal and stay overnight at the hotel.

Take a city tour of Bhopal in the morning. In the afternoon you will be transferred to the Bhopal railway station. Board a train to reach Gwalior.

Visit the Bhopal Bharat Bhavan, Indira Gandhi Rashtriya Manav Sangrahalaya or the National Museum of Mankind, Taj-ul-Masjid, and the Laxminarayan Temple, popularly known as the Birla Mandir. Overnight at hotel in Gwalior.

Embark on a city tour after breakfast. Later, head for Agra and check into the hotel on arrival.

Built by Raja Man Singh Tomar, the Gwalior Fort was described as "the pearl in the necklace of the forts of Hind" by Mughal Emperor Babur. Also visit the Scindia Museum that showcases items reflective of the splendor of Gwalior. Spend the night in the hotel.

After breakfast take a sightseeing tour of Agra. Drive to Delhi in the afternoon and check into the hotel on arrival.

Visit the Taj Mahal, the most enduring symbol of love, commissioned by Shah Jahan in the memory of his beloved wife Mumtaz Mahal. The Agra Fort stands tall in red sandstone and is also a World Heritage Site. Overnight at hotel.

Today is the final day of the Central India with Gujarat Tour. Spend the day touring the historic city of Delhi.

The highlights of Delhi are Humayun's Tomb, Lotus Temple, Qutub Minar, Raj Ghat, Jama Masjid, President's Residence, Diplomatic Enclave and the Red Fort, among others. You will be transferred to the airport to board a flight back home.