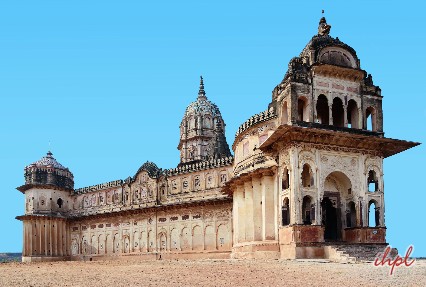 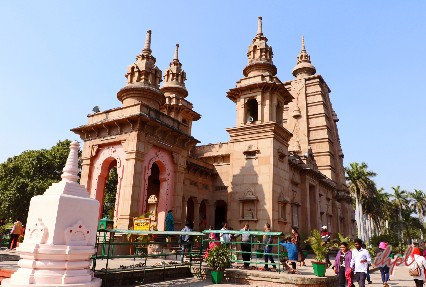 The Best Central India Tour will take you on a visit to some of the most treasured India’s tourist destinations. Our tours starts from Delhi, that is political hub as well as the media capital of the nation. Explore Delhi  by visiting places like Red Fort , Jama Masjid and Raj Ghat Rajpath and Qutub Minar. Experience enlightenment being at Sarnath, where Gautam Buddha first taught Dharma after attaining enlightenment. Enjoy boat ride on River Ganges at Varanasi. Visit to Jahangirmahal and Chatrabhuj temple at Orchha. Don’t miss the guided tour toTighra Dam, Samadhi of Rani Laxmi Bai, Sun Temple at Gwalior.

You will be received by our representatives upon your arrival at the Delhi airport who will escort you to the hotel. Delhi is the metropolitan city of India and is also the capital of the country. A platform of various cultures, Delhi is also the political hub as well as the media capital of the nation. Delhi is rapidly gaining importance as an important tourist attraction of the country and attracting a lot of tourists.Revel after the long journey at the hotel.

After the breakfast go for a tour of the New Delhi and Old Delhi. Old Delhi's all embracing sightseeing tour includes visits to Jama Masjid - the biggest mosque in Asia and the Red Fort - once the most affluent fort and palace during the Mughal Empire.

An all embracing sightseeing tour of New Delhi calls for excursions to the Raj Ghat - the memorial where Mahatma Gandhi was cremated, Humayun's Tomb, Qutub Minar, a drive along the ceremonial avenue - Rajpath, India Gate, Parliament House, the President's Residence and the Diplomatic Enclave.Overnight stay will be at the hotel.

After the breakfast, transfer to the airport for boarding the flight to Varanasi on your Magical Tour to Central India.

Upon arrival there will be sightseeing tour of Sarnath enroute to the hotel, followed by check in. In the evening go for the Arati ceremony.

Sarnath is the deer park where Gautama Buddha first taught the Dharma after attaining enlightenment. Most of the ancient buildings and structures were damaged by the Turks, however, some still survived. At the Sarnath Archeological Museum, one can have a glimpse of the Ashokan lion capital, which incredibly survived its 45 foot drop to the ground, and soon after became the national emblem on India's flag.

Night stay at the will be at the hotel.

Boat ride early morning on River Ganges. Sightseeing of Varanasi after the breakfast. Delhi Varanasi tour package has a lot to offer to the guests in terms of sightseeing and entertainment. Afternoon free or shop for Varanasi silks which are known all over the world for their matchless quality and glamours appearance. The guests can also take the collection of the various souvenirs during their Central India magical tour.

Varanasi is also popular as Banaras, or Kashi and is one of the oldest cities in the world. This famous sacred city is located on the banks of the holy river Ganges in Uttar Pradesh and attracts many pilgrims every year. The city is also a chief shopping destination and is famed for silk weaving and brassware. Magical Central India trip offers every solution to the queries of a traveler.

Bask in your hotel room.

After having breakfast you will be assisted for transfer to the airport to board a flight to Khajuraho which was once regarded as the original capital of the Chandels and is popular as a temple spot in India. Assistance and transfer to the hotel upon the arrival. Soon after the check in there will be the sightseeing tour of Khajuraho.

Khajuraho, a village in Madhya Pradesh is an important tourist destination as it envelopes the biggest group of medieval Hindu and Jain temples.

After the breakfast drive to Orchha. After the arrival, check in at the hotel. Enjoy the sightseeing of Orchha afterwards.

Orccha - Sightseeing places details.The town of Orchha is located on the banks of the Betwa River and possesses a fort that dates from the early 17th century and also of the various other historic buildings. Most important one being the Raja Rammandir. The other being Jahangirmahal and Chatrabhuj temple.Relax at the hotel thereafter.

Sightseeing of Datia enroute to Gwalior. Datia is positioned close to Gwalior and is spotted with handsome palaces and gardens. The most eminent of which is the palace of Bir Singh Deo built in the 17th century. Upon arrival check in at the hotel thereafter followed by sightseeing of Gwalior.

Gwalior is a significant city in Madhya Pradesh and is the 46th most inhabited area in the country. Gwalipa was a sage after whom the city was named. Gwalior holds major significance in India's medieval history and also for the struggle for freedom. The city also brags of inspiring historical structures.

Drive to Shivpuri after the breakfast. Check in at the Hotel upon arrival. Thereafter sightseeing of Shivpuri.

Shivpuri is a very old town and a holy place named after lord Shiva. This place was the summer capital of the Scindia rulers of Gwalior. The town has historical significance and is abode to many temples and castles.

Night stay will be at the hotel.

After breakfast drive to Ujjain. Check in at the hotel upon arrival. Overnight stay will be at the hotel.

After having the breakfast there will be a sightseeing tour of Ujjain followed by a drive to Mandu.

Ujjain is a sacred city for Hindus and is also home to some relevant temples. The Mahakal Temple, MahaKaleswareswari temple, and ISKCON temple are all located here. The Veda Shala observatory is also situated in Ujjain and is among five such observatories in India that feature ancient astronomical devices. The sweet and spicy cuisine of Ujjain is also very popular.Overnight stay at the hotel after the arrival and check in.

Exploration of Mandu for the whole day.Mandu, also known as Mandavgarh, is a town of remains in western Madhya Pradesh. It was Rajput kingdom's fort-capital. It envelopes a large number of palaces, mosques and such other buildings.

Retreat at the hotel for a revitalizing doze.

Drive to Indore via Omkareshwar & Maheshwar.Omkareswar, has beckoned generations of pilgrims and is located at the meeting of the Narmada and Kaveri rivers. Mandhata Temple is of special interest in Omkareshwar. Maheshwar, on the other hand was a magnificent town at the dawn of Indian civilization when it was recognized as Mahishmati. This temple city on the banks of the river Narmada also has its mention in the legendary epics such as Ramayana and Mahabharata.

Spend the night at the hotel.

Drive to Bhopal after the breakfast. Check in at the hotel and thereafter a City tour of Bhopal.Bhopal's city tour includes a visit to Bharat Bhawan - a multi art center housing a museum of the arts, classical and folk music, The Indira Gandhi Rashtriya Manav Sangrahalaya - National Museum of Mankind, Laxmi Narayan Temple and Taj-ul-Masjid to mention a few. Magical trip to Central India has all for the travel freaks from the different parts of the world.

Make a trip to the carved dream of King Bhoj and the abode of primeval cave dwellers at Bhimbetka.Bhojpur and Bhimbetka are admired getaway destinations near Bhopal. Bhimbetka is famous for it rock shelters which are home to some rock paintings and cave art, while Bhojpur is known for temples.

After an early breakfast visit the Sanchi Stupas & Museum.Sanchi, small village in Madhya Pradesh, is dwelling to various Buddhist monuments. The Stupa at Sanchi is said to be built over vestiges of the Buddha.

Leave to Bhopal station afterward to board a train for Delhi. On arrival you will be received by our representative and transfer to the hotel for the overnight stay.

Assistance will be provided on departure and transfer to International airport to board a flight to home country.