On the 1st day of the ‘Chhattisgarh and Madhya Pradesh Tribal Tour’, Our tour representative will meet you at the Delhi airport/railway station and escort you to the hotel already booked for your stay. After relaxing for a few hours, go out on a sightseeing tour of Delhi covering Red Fort, Jama Masjid, Parliament Street and India Gate. Later, return back to the hotel for night stay.

Following a leisurely breakfast in the morning, drive to the Delhi airport to board flight to Raipur. Upon arrival, leave by road for Kanker ( approximately 3 hour journey).  On reaching there, move to the splendid Kanker Palace for night stay.

Post breakfast in the morning, leave by road for Jagdalpur, the former capital of Bastar. Here, you will get a chance to meet and interact with various tribal groups of Bastar. Upon arrival, you will be transferred to the hotel. Post lunch, go out for a sightseeing tour of Jagdalpur. The places you will visit include Chitrakote Waterfalls and Anthropological Museum. Later, you will be taken to have trysts with the local Bison-Horn Maria tribe and witness their ceremonial dance performances. Later, return back to the hotel for night stay.

Today, after breakfast, start your journey towards the famous Kanger  Valley National Park. The sanctuary is home to a wide variety of wildlife. Later, visit the nearby Stalactite and Stalagmite Caves and the Tirathgarh Waterfalls. By evening, return back to Jagdalpur for night stay.

A visit to Raipur is on the cards on the 6th day of  Chhattisgarh and Madhya Pradesh Tour Package. Post breakfast in the morning, check out of your hotel and drive to Raipur (4 hours). It is the capital city of Chattisgarh. Upon arrival, check into the hotel. Post lunch, go out on a sightseeing tour of the Mahant Ghasidas Museum. Later, return back to the hotel for night stay.

Today, understanding the lifestyle of the tribal people in Kawardha is on the cards. Post breakfast in the morning, check out of the hotel and leave by road for Kawardha. On reaching Kawardha, check in at the Kawardha Palace for  overnight stay.

Morning after breakfast, leave for a full-day sightseeing tour covering visits to Radha Krishna Temple, Saroda Reservoir, the enchanting and very famous Bhoramdeo Group of Temples and Lohara Bavli. Later, visit Baiga and Gond tribal villages that give you a clear idea of tribal life of Chhattisgarh. Evening, return to Kawardha Palace for night stay.

Post breakfast in the morning, check out of the hotel and take a road trip to Kanha National Park, the famous wildlife sanctuary. On reaching Kanha, check in at the Tuli Jungle Resort. Post lunch, enjoy an exciting jungle safari in the national park. Later, return back for an overnight stay  in the resort.

Today, after breakfast in the morning, leave by road for Jabalpur. En route, halt for the sightseeing tour  at Marble Rocks. The shimmering white rocks located nearby Bedaghat. Later, proceed towards Jabalpur. Upon arrival, drive to the railway station to board train to Bhopal. Overnight journey on board.

Early morning arrival in Bhopal followed by assisted transfer to the hotel by our tour representative. After a short rest, proceed on a sightseeing tour of Bhopal. The major places you will cover include Taj-UL-Masjid, Bharat Bhawan (the center for visual and performing arts) and the Jama Masjid. Later, return back to the hotel for night stay.

Today, you will be taken to the UNESCO World Heritage Site of Sanchi, famous for its Buddhist  pilgrimage site in Madhya Pradesh. Have breakfast and go out on a full day excursion to Sanchi. The spectacular stupas, monasteries and temples located in Sanchi dates back to the 3rd and the 12th century B.C. Later, you will visit the famous Ashoka Pillar before leaving for Bhopal in the evening. Later, return back to the hotel for night stay.

The morning is free to relax in the comforts of your room. Post  lunch, drive to the Bhopal railway station to board the train to Agra. By evening, arrive in Agra followed by assisted transfer to the hotel for night stay.

In the morning, after breakfast, go out for a full day tour of Agra. Start your journey with a visit to the famous Taj Mahal, one of the ‘Seven Wonders of the World’ and an ode to the eternal love of Shah Jahan and Mumtaz Mahal. Later, proceed to the majestic Red Fort, a red sandstone edifice and the erstwhile demesne of the Mughal rulers. The fort complex is home to several gardens, halls and palaces. Later, return to the hotel for night stay.

Today is the last day of your Chhattisgarh and Madhya Pradesh Tour. Post breakfast in the morning, check out of your hotel and leave by road for Delhi. Upon arrival, check in at the hotel to rest and relax. In the evening, drive to the New Delhi  airport/railway station for onward journey. 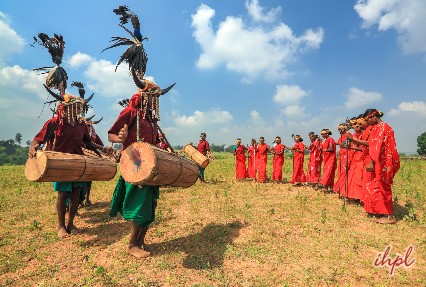 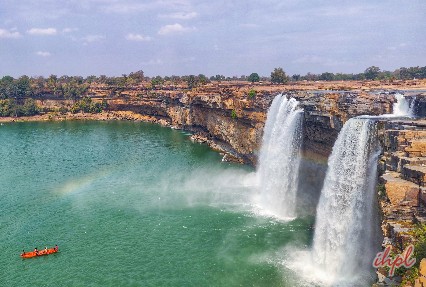 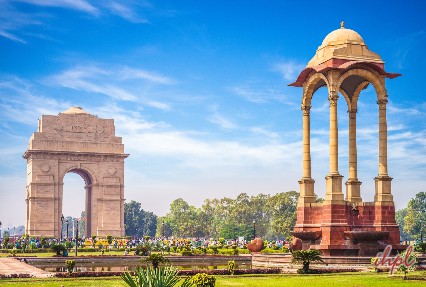 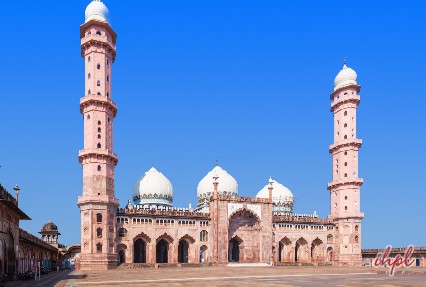