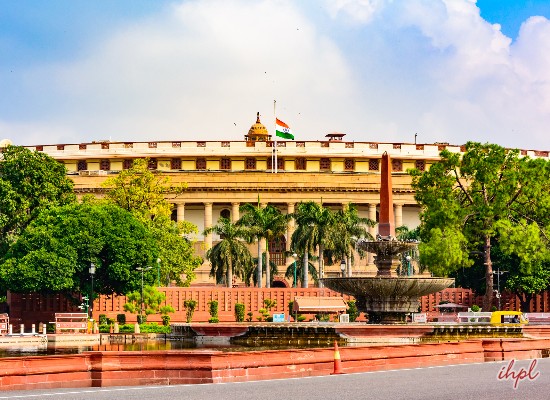 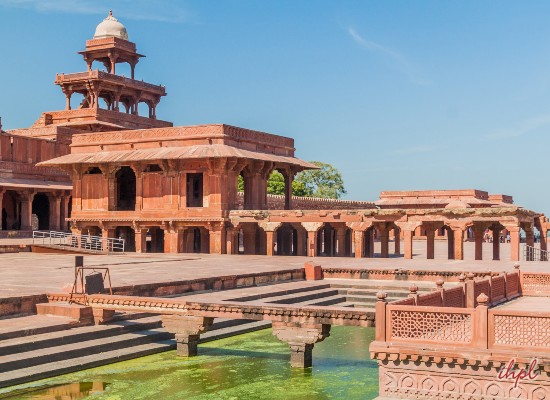 Golden Triangle Tour India highlights Delhi, Agra and Jaipur, the three iconic cities that reflect the supreme excellence of Indian art and culture. The name Golden Triangle is due to the geographical position of three grand Indian cities and it allows to experience the harmonic cultural heritage and dive into the world of royalty. The interesting fact is that this Golden Triangle India Itinerary runs in a triangle of British, Rajputana and Mughal culture all in a nutshell.

The tour commences in Delhi with a guided city tour and continue exploring the Mughal dynasty in Agra and the Rajput valor in Jaipur before closing in Delhi. Explore the grand historical monuments of Delhi, Agra, and Jaipur and learn about the bravery of ancient Indian rulers from your experienced travel guides. As the tour continues, you will keep discovering the secrets that make India so fascinating and unique. The luster of royal palaces, the grandeur of historical sites and humming of markets and bazaars will keep you full of excitement throughout the tour. All you have to do is fasten your seatbelt and let the journey overwhelm you.

Welcome to India. Upon your arrival at IGI International airport in Delhi, our tour representative will escort you to the pre-booked hotel. After completing check-in formalities, you can take rest or have a walk around the neighbouring streets to be familiar with the diverse culture of Delhi before sinking into the cosiness of your bed.

Enjoy an overnight stay at the hotel in Delhi.

On the 2nd day of the tour, after having a breakfast you will embark on the morning you will embark on a guided tour of the national capital. You will get ample opportunities to learn about Indian culture, rich history architectural excellence and of course the great culinary art.

The first visit will be to the Laxmi Narayan Temple located in the heart of Delhi. Also known as the Birla Mandir, this beautifully decorated Hindu temple is dedicated to Lord Vishnu and his consort Lakshmi. From here, we will head towards Parliament House and Gandhi Memorial before going for lunch. The Parliament House is one of the most remarkable buildings in Delhi which is the official location of the biggest democracy in the world. Our next destination is the Gandhi Memorial at Raj Ghat. The environment of Raj Ghat creates a heavenly peace that motivates people towards a positive approach. After paying tribute to the 'Father of Nation' we will move to the Connaught Place market. Connaught Place is a great destination for shopping and here you will find all kinds of Indian delicacies to try.

Now you will head to India Gate, a war memorial commemorating martyrs of the British-Indian army. Here you can sit on the wooden bench or lie on the green grass. Breathe some refreshing air and try a little street food but not too much. Ignore if your taste bud asks for more. Take a few clicks when the last rays of sun fall on the green land creating a photogenic scenery.

Our next destination is Humayun's Tomb followed by Jama Masjid. The 47 meters high monument, Humayun's Tomb reflects the brilliance of Mughal architecture. Your tour guide will narrate the story behind the construction of the monument by Empress Bega Begum. From here you will head to Jama Masjid. Built by the Mughal Emperor Shah Jahan between 1650 and 165, Jama Masjid is one of the biggest Mosques in India. From here you will proceed to Connaught Place to have your lunch and enjoy shopping in the market area.

The last attraction of the day is Light and Sound Show in the Red Fort complex. Located in the center of Delhi, Red Fort houses a number of museums that exhibit the history of the Mughal emperors. Once the residence of the Mughal emperors, this red stone palace reflects the exceptional creativity and attracts a good number of visitors every day. The main attraction is the 'Light and Sound' show performed by talented artists within the complex. They present the history of the Mughal Dynasty through the show which is accompanied by amazing lighting.

From here you will return to your hotel for an overnight stay.

Today morning after an early breakfast you will start for Agra by the surface which is 205 Kms. and it will take around 4 hrs. to reach there. On your arrival in Agra, you will have an assisted check-in to your hotel. After taking some rest in your hotel, enjoy a sightseeing tour of Agra covering Agra Fort, Tomb of Itimad-Ud-Daulah and Taj Mahal.

Before shifting capital from Agra to Delhi, the Agra Fort was the main residence of the Mughal emperors. The fort symbolises the power and great architectural expertise of the Mughal Dynasty. After exploring Agra Fort, we will head to Tomb of Itimad-Ud-Daulah. Often described as a "Jewel Box", Itimad-Ud-Daulah's Tomb is another symbol of Mughal creativity. Due to the resemblance with the Taj, it is also known as "Bachcha Taj". From here, you will head to the Taj Mahal - an epitome of love.

The white marble mausoleum was built by Shah Jahan to honour his wife Mumtaz Mahal. Regarded as one of the Seven Wonders of the World, the monument looks truly mesmerising every time you will visit. The Twenty-thousand stone carvers, masons, and artists from India, Turkey and Iraq worked day and night on the bank of the River Yamuna to create this wonderful picture of love. Taking a snap before Taj is considered good luck for couples. So, don't miss the opportunity.

As the last rays of the sun disappear from the head of the Taj you will head back to your hotel for an overnight stay.

On the 4th day of the Golden Triangle Delhi Agra Jaipur Tour, you will start your journey from Agra to Jaipur by road. On the way, halt at Fatehpur Sikri, the abandoned Mughal town. The attractions you will cover here include Jama Masjid, Jodha Bai Palace, Birbal Bhawan, Panch Mahal, and the Buland Darwaza. Each site endures the great creativity and historical significance of the Mughal Dynasty.

Fatehpur Sikri was built by Emperor Akbar during the second half of the 16th-century. Listed as a UNESCO World Heritage Site, the city highlights some of the iconic structures of the Mughal era. Another iconic structure is Buland Darwaza built by the emperor Akbar as a sign of victory over Gujarat in 1601. Jodha Bai Palace, Tomb of Salim Chishti and Jama Masjid are some of the famous destinations here. Jodha Bai Palace reflects a blended architectural style of the Hindu and the Mughal. The palace is a neighbour to another house called Birbal Bhawan. Your tour guide will tell you about the legendary stories of Birbal, known for his exceptional intelligence. Another architectural marvel in Fatehpur Sikri is Panch Mahal, a five-storied structure open on all sides and built from red sandstone.

On reaching Jaipur, check-in at the hotel for a night stay.

Post breakfast, the 5th day is scheduled for Jaipur City tour. The 'Pink City' Jaipur is the land of royalty and vivid culture. Admire the class of Rajput architecture and colourful Rajasthani culture. In the morning, enjoy an elephant ride to the Amber Fort. Casting its surreal reflection in the Maota Lake, the Amer Fort is an architectural wonder. The fort is also counted as the most excellent example of the Indo-Islamic architecture.

Your next visit is to the Jaipur City Palace, a palace with amazing cultural value and architectural excellence. The palace is adorned with a number of gardens, edifices, and courtyards within the complex of the palace which makes it worth visiting. The next stopover will be at the Jantar Mantar. Also known as the Royal Observatory, the Jantar Mantar has a collection of astronomical instruments that are meticulously designed to measure the harmony of the heavens.

From Jantar Mantar, you will head towards Nawab Saheb ki Haveli, a famous house in the Bapu Bazar area. Explore Bapu Bazar, a famous market in Jaipur and other local markets to enjoy shopping. Buy authentic and traditional jewellery, clothes and precious gemstone from Johari Bazaar. Buy wooden souvenirs and colourful handicrafts from Mirza Ismail Road.

Govind Dev Ji Temple - Dedicated to Lord Krishna, this temple is one of the most revered shrines of Jaipur. It is believed that the idol of Lord Krishna looks exactly like the original Krishna. This temple is located in the City Palace Complex.

Post sightseeing, return to the hotel for a night stay.

This day marks the end of your 6 days Golden Triangle Tour India. After a farewell breakfast, begin the drive from Jaipur to Delhi. Upon arrival, you will be transferred to the airport to board flight for onward journey.

Standard Hotel to be Used

Deluxe Hotel to be Used

Ques: What tourist places are covered in the 6 days tour package?

Ans: Golden Triangle tour is one of the most frequented travel circuits which allows tourists to get a glimpse of the cultural and traditional heritage of the country in the best possible way. The tourist places covered in 6 days tour are:

Ques: What would be the duration if I want to add Ranthambore in this itinerary?

Ans: If you wish to add Ranthambore in this tour then it requires the addition of 2 more days in the itinerary. The total itinerary will be 7 nights and 8 days.

Ques: What is the ideal duration if I want to add Varanasi & Khajuraho in the Golden Triangle Tour?

Ans: Golden Triangle Tour with Varanasi and Khajuraho requires 10 nights and 11 days. This is the perfect time span to explore the best of cultural, spiritual, and architectural experience of India.

Ques: Can I spend a night in a heritage hotel of Jaipur?

Ans: Yes, you can stay in a heritage hotel in Jaipur. Indian Holiday offers meticulously crafted tours and you can customize the tour as per your requirement.

Ques: Can I book Golden Triangle Tour for family?

Ans: Yes, you can book a Golden Triangle tour for family. This tour is a perfect way to explore the cultural, traditional, and architectural beauty of India. With Indian Holiday you customize the tour as per your requirement.