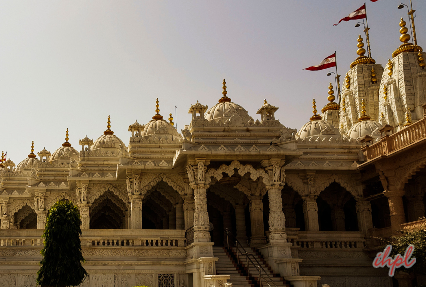 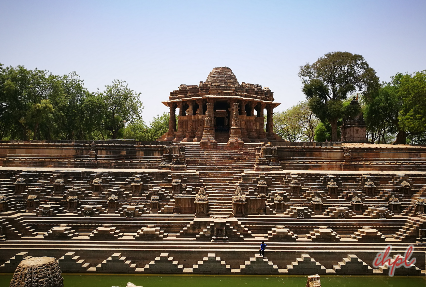 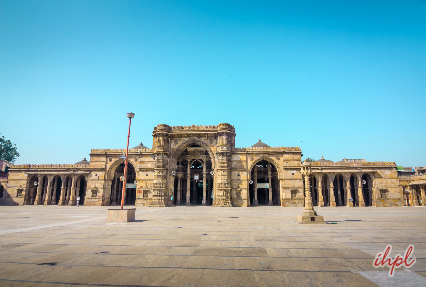 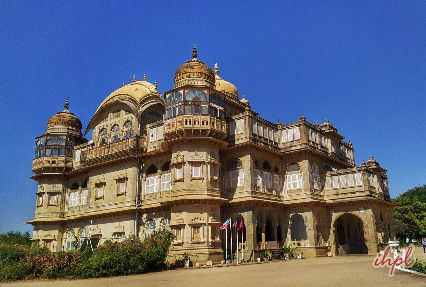 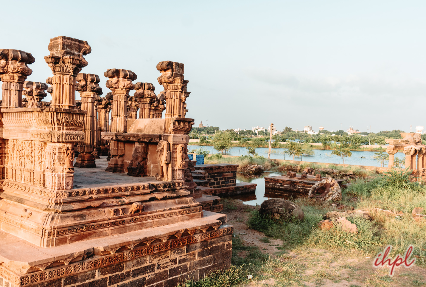 7 Days Gujarat Tour Package is planned to let you explore the major tourist attractions of Gujarat. Being on this tour, traverse from one place to other exploring the most stunning and alluring monuments and architectures of Gujarat. From Ashram to Mosques and from palaces to museums Gujarat has it all to make you feel splendid at the end of the tour. The tour is not only about visiting places but also about Gujarat’s lifestyle and culture.

After reaching Ahmedabad, meet our representative who’ll guide you to one of our listed hotels. Check-in at the hotel to relax in the cozy comfort of its room. After lunch proceed for a sightseeing tour of Ahmedabad. The major tourist attractions of Ahmedabad include Sabarmati Ashram, Calico Museum of Textile, Vastrapur Lake, Sidi Saiyyed Mosque, Sidi Bashir Mosque, Jama Masjid and the Sardar Vallabhbhai Patel National Memorial. In the evening return to the hotel for dinner and overnight stay.

Today, after breakfast do an excursion to Lothal & Sarkhej Roza.

Lothal : A perfect place to get an insight of the Indus Valley civilization. The most dominating site at Lothal is the massive dockyard spanning an area of 37 meters by 22 meters perhaps the greatest work of Maritime Architecture. Lothal was also famous for its arterial streets, microbes of gold, ivory and coppersmiths' workshops, potteries and underground sanitary drainage. It is located at a distance of 78 kms from Ahmedabad. (Closed on Fridays).

Sarkhej Roza : Is about 8 kilometres away from the city, Sarkhej Roza comprises one of the most elegant architectural complexes of Ahmedabad. Grouped around a great stepped tank is the tomb of the saint, Ahmed Khattu Ganj Baksh (1445), the mosque (1451), the tombs of Muhammad Shah Begada and his queen, the palace and pavilions.

Today morning, drive for an excursion visit to architectural beauty of Sun temple at Modhera(102 km from Ahmedabad), Rani-ki-vav at Patan(127km from Ahmedabad) and a beautiful stepwell at Adalaj.

Modhera : The Sun temple of Modhera is one of the finest examples of Indian architecture of its period. Built in 1026 A.D. the temple is dedicated to the Sun-God, Surya and stands high on a plinth overlooking a deep stone-steeped tank. Every inch of the edifice, both inside and outside is magnificently carved with Gods and Goddesses, birds, beasts and flowers. Sun Temple of Modhera was built by King Bhimdev I (1026-27) and bears some resemblance to the later and far better known, Sun Temple of Konark in the state of Orissa, which it predates by some 200 years. Like that temple, it was designed so that the dawn sun shone on the image of Surya, the sun God, at the time of the equinoxes. The main hall and shrine are reached through a pillared porch and the temple exterior is intricately and delicately carved. As with the temple of Somnath, this fine temple was ruined by Mahumad of Ghazni.

Adalaj Step-well : Situated 17 km north of Ahmedabad, this step well at the village of Adalaj is another fine example of magnificent architectural form. 'Adalaj Vav' is richly carved. Every pillar and wall surface is covered with leaves, flowers, birds, fishes and friezes of ornamental designs.

After breakfast, drive to Bhuj.

BHUJ : The historic city of Bhuj derives its name from the Bhujiyo Dungar, a hill, overlooking the present day Bhuj town. Bhuj is a typical example of a desert town located between two geographical features - Bujiyo Dungar on the East and Hamirsar lake on the West.

Visit Aaina Mahal : It was constucted by Rao Lakhpatji (1707-61 A.D.) in 1750 A.D., who was a great patron of art, architecture, music and literature. Aaina Mahal is a unique example of an Indian palace built in the mid-eighteenth century with European influence.

Prag Mahal : Rao Pragmalji II (1838-76 A.D.) undertook the constuction of Prag Mahal and appointed the famous architect - Colonel Henry Saint Wilkins to design it. Constructed in the Italian Gothic style, it has a large Darbar Hall, big rooms, wide verandahs & a 45 meter high lofty bell tower. It was built using the various type of stones available in Kutch region. This is a fine example of Indian craftmanship combined with European architectural design.

The Kutch Museum : Formerly known as the Fergusson Musuem,It was founded by Maharao Khengarji III in 1877 AD and is the oldest museum in Gujarat. Constructed in the Italian style, the museum is located in picturesque surroundings on the bank of Hamirsar Lake. The museum has been a center of attraction for scholars due to its large collection of Kshatrapa inscriptions, curious archaeoligical objects, fine collection of arms & specimens of various crafts of Kutch region. Other places of interest at Bhuj are- Cenotaphs of Kutch rulers, Snake Temple at Bhujiyo Hill Fort, Swaminarayan temple, Vegetable market, Hatkeshwar temple & Alfred High School.

Dholavira : Dholavira is the larger of the two most remarkable excavations of the Indus Valley Civilization or Harappan culture, dating back to 4500 years ago. While the other site, Lothal, is more exhaustively educated and easier to reach, a visit to Lothal only complements, rather than replaces, a visit to Dholavira.

It is being surrounded by the Great Rann of Kutch, is a unique insight into the pioneering Harappan mind, with one of the world's earliest and best planned water conservation systems and what might be the world's first signboards, written in ancient Indus script.

Morning drive to Mandvi. Mandvi is located on the banks of the Rukmavati River, barely one km from the Arabian Sea at the Gulf of Kutch. The town has a very pleasant climate throughout the year and it was a summer retreat of the Kutch Maharaos.

The centre of attraction at Mandvi is the Vijay Vilas Palace, a royal abode set in the middle of well-laid gardens with water channels and marble fountains. The architect and craftsmen from Jaipur designed and constructed the palace in 1920 AD. The palace has all the elements of Rajput architecture and draws largely on the plan of palaces of Orchha and Datia. The central high dome on the pillars, the Bengal domes on sides, the windows with colored glass, carved stone jaalis, domed bastions at the corners, extended porch and other exquisitely stone carved elements, make the palace worth visiting. It owns a private beach, maintained in an eco-friendly manner to preserve its pristine beauty. It is an example of the traditional skill of craftsmen of early 20th century.

Visit Ship building yard. On the banks of the Rukmavati River, just south of the bridge, you can visit the still-active shipbuilding yard. Craftsmen still assemble ships out of wood, for local or international guests, and you can feel free to watch them work. It is gives a apportunity its watch handmade ship being built which will make one truly appreciate craftmanship.The process is long and elaborate and shoddy workmanship means risking sailors' lives.

After breakfast drive to Airport to board flight for your next destination.

Our Price Per Person

Hotels to be used/ Similar

Note:- We can customize the hotels and tour as per your choice with cost adjustments.

Identity Proof: It is mandatory for all guests to provide Photo ID at the time of booking confirmation & also need to carry original documents while traveling.

Jurisdiction Clause: All the disputes arising out of this agreement or any other subsequent agreement would be subject to Delhi Courts only.

Identity Proof: It is mandatory for all guests to provide Photo ID at the time of booking confirmation & also need to carry original documents while traveling.

Jurisdiction Clause: All the disputes arising out of this agreement or any other subsequent agreement would be subject to Delhi Courts only.

Get a free quote
Inquire Now for Best Deals