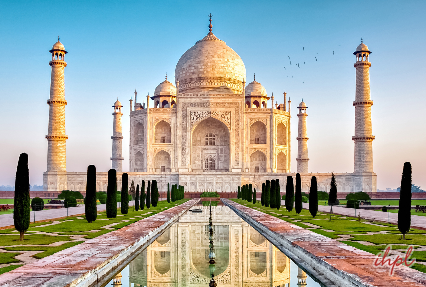 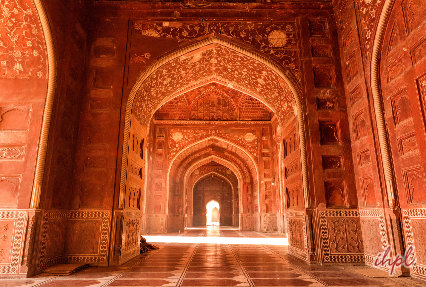 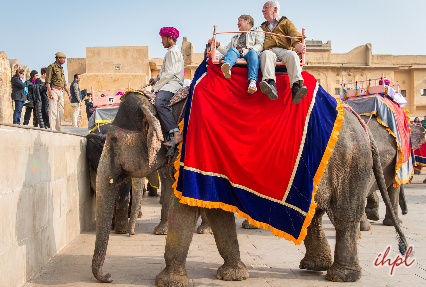 Golden Triangle Tour is the perfect option for the first time visitors to India and avid holidaymakers alike. The tour offers exciting opportunities to revel in the rich history, culture and traditions of the country. The three iconic cities namely, Delhi, Agra and Jaipur are replete with architectural wonders that showcase the excellent craftsmanship of the bygone era. An addition of a visit to Bharatpur is an icing on the cake. The well-crafted Golden Triangle with Bharatpur tour is interesting, exciting and presents different hues of India like never before.

After reaching Delhi Airport or Railway Station, receive a warm welcome from our tour representative. He will assist you with guided transfer to one of our listed hotels. Check-in at the hotel and get ready to explore the top-tourist attractions of Delhi like the Red Fort, Jama Masjid, Humayun's Tomb, Qutub Minar, India Gate, Lotus Temple, Birla Mandir etc.

Red Fort – Deriving its name from the red sandstone walls, the Red Fort is one of the prominent and massive structures of India.

Humayun's Tomb – Standing as the first example of Mughal architecture in India, the Humayun’s Tomb boasts of an architecture which served as an inspiration for many other monuments.

India Gate – India Gate is a monumental sandstone arch which commemorates the troops of British India who died in the First World War.

Return to hotel for an overnight stay.

The day starts early in the morning. Embark on a train to Agra from New Delhi Railway Station. Upon arrival in Agra, enjoy a city tour which is scheduled for you. Visit the Taj Mahal and Agra Fort. Savor a delicious lunch and hit the road to Fatehpur Sikri. Marvel at its various iconic places. In the evening, enjoy a road trip to Laxmi Vilas Palace in Bharatpur.

Taj Mahal – Epitomizing eternal love, the Taj Mahal is one of the Seven Wonders of the World and exudes sublime beauty.

Agra Fort – Standing in full glory, the Agra Fort is a symbol of strength, power and resilience. It took eight years to complete the massive fort which consists of several impressive structures.

Fatehpur Sikri – Fatehpur Sikri is a fascinating city with architectural wonders that adorn the destination. The splendid fortified city served as the short-lived capital of the Mughal Empire.

Enjoy an overnight stay at the hotel in Bharatpur.

Day 3 of the Golden Triangle with Bharatpur tour is reserved for an excursion to the Keoladeo Ghana National Park. Delight in a boat ride and partake in bird watching. Thereafter, leave for Jaipur via road. On reaching Jaipur, complete the check-in formalities at the hotel and spend rest of the day leisurely.

Jaipur – Painted in pink, Jaipur is a favorite destination for offering superb hospitality. It is titled as the ‘Pink City’ and features masterpieces of the olden days.

An overnight stay is planned at the hotel.

Throughout the day, you will be visiting the marvelous landmarks of Jaipur. Cherish an elephant ride to Amer Fort in the morning. Later, take a trip to Jantar Mantar, City Palace Museum and Hawa Mahal. Both the Amer Fort and Jantar Mantar are inscribed as the UNESCO World Heritage Site.

Amer Fort – Nestled on the craggy hills, the Amer Fort depicts a scenic mélange of the Mughal and Hindu style of architecture. Intricate carvings, precious stones and mirrors adorning the palace, leave the spectators in a state of awe.

City Palace– Still a home to the last ruling royal family, the City Palace also houses many other attractions within its complex. A museum inside the palace exhibits manuscripts, carpets and many other royal belongings.

Reach the hotel for an overnight stay.

This is the last day of the wonderful tour. Go for shopping in Jaipur in the morning. Subsequently, you will be comfortably transferred to the Delhi airport or Railway station to catch your flight or train towards your onward destination.